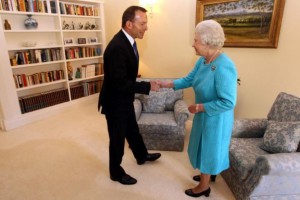 The Irish simply thought of all English a  Third consideration

Mr Dutton has been suggesting that it’s inappropriate for King Charles to be against the destruction of the Earth because our monarch is meant to be politically neutral, but the first Charles lost his head and insisted that he didn’t need to listen to the British Parliament, although not in that order. So with a name like Charles, who knows what this Charles will do?

What will the monarchists do if Charles doesn’t become the silent figurehead who just cuts the odd ribbon and opens the odd fete and puts his name to the odd charity? (Although not so odd that it won’t have an office, a website or a plan before getting $18million from the government…) What if he feels that he has a role to play in loudly encouraging the move toward net zero? Which, after all, in Australia, is a bipartisan policy so it’s hardly controversial.

I mean, it’s not like they can demand we elect a new king.

Although it is possible that Scott Morrison had himself secretly sworn in as an alternative king in case something happened.

Source: Waiting For The Irish To Say Charles The Third… – » The Australian Independent Media Network