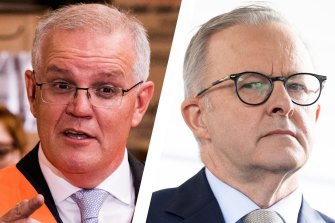 Apparently, it’s better, according to The Age, to have a bunch of irresponsible bullshit artists, self-interested hoons, and money wasters running the nation than a responsible team that still believes in negotiation, compromise, and service in running and not owning this country. The showman is more important than the job at hand. That’s not journalism. That’s not evaluating anything other than personalities,and paying no attention to the job that needs to be done. That’s evaluating the past three years, and asking whether any real changes are required and will be made moving forward.  If so, who is better, more reliable, and more trusted to implement them. The clown or the dour leader of a real team who aren;t merely raiding the country to fill their own pockets. We aren’t in need of an overcharged  spruiker, entertainer and distraction, we have had one for three years.

There is a path out of the opposition trenches, but the ALP will have to change their strategy to achieve it.