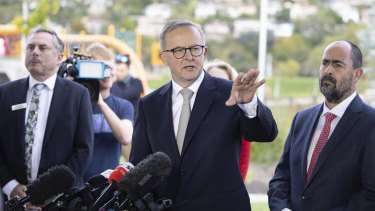 A Mistake laughed at by John Howard  who responded  “So What?”

Labor treasury spokesman Jim Chalmers came to Albanese’s defence and education spokeswoman Tanya Plibersek played it down on the ABC. “Elections aren’t memory tests,” she said. “They are tests of leadership.” Former prime minister John Howard was in Perth kick-starting the campaigns of Swan candidate Kristy McSweeney and Hasluck MP and Indigenous Affairs Minister Ken Wyatt when he was asked whether it was bad that Albanese didn’t know the nation’s unemployment rate. He responded incredulously: “Is that a serious question?” “Anthony Albanese didn’t know the unemployment, all right, so what?” Howard said. Howard was himself asked what the unemployment rate was and said it had a ‘3’ in front of it. Wyatt then stepped in and said it was coming down.