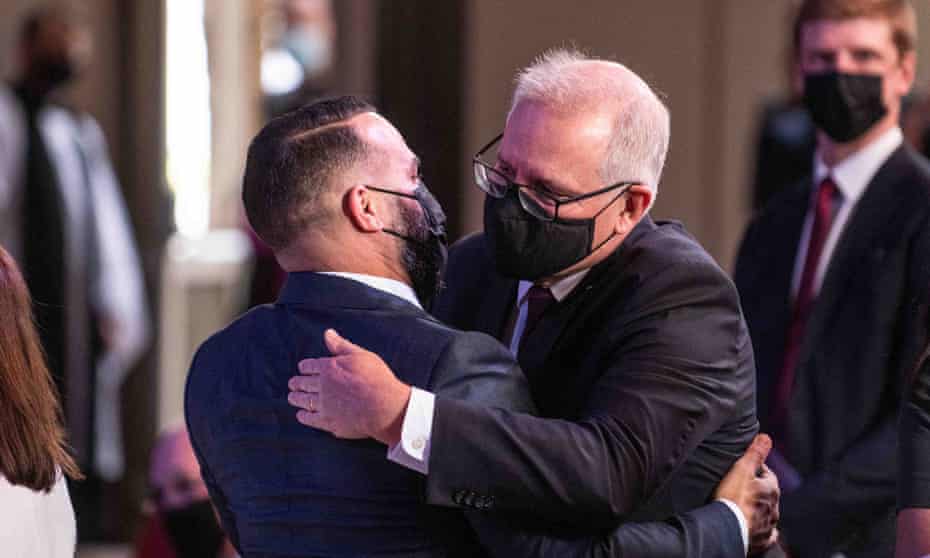 Racism is Institutionally patterned behaviors generationally evolved historically and regarded as the norm. Some individuals were and are raised and socialized to internalize the cultural beliefs that support those behaviors as the norm. Others see them as unjustifiable systems, and merely socially constructed realities that can be altered and needn’t be maintained. Others see the need for them to be maintained and not altered to avoid disruption to the ” the natural order”. The ongoing though unequal  natural order in evolutions  struggle for power. Change has always been seen as a struggle forced not celebrated but resisted not encouraged by those whose social positon has benefited but not merited by what exists as opposed to what could and should have been. The distinction between Racism and  any Individual is far more complicated by the dichotomy of these macro v micro perspectives.

However, racism is far less about individual acts of kindness toward a grieving family (or, on the flip side, calling an Arab a “terrorist”) and far more about social systems and power structures that ensure non-white people don’t get a fair go. The Abdallahs had trauma and loss – not political power or economic influence. Towke was a young politician with a promising career that he alleges was taken from him, accusing Morrison of using his racial background against him. “I would have been the first Australian of Lebanese heritage to be a federal member of parliament on the Liberal party side and that’s a bit of history there which they stole from me,” he told The Project. Morrison has categorically denied what he describes as “malicious” claims. But it doesn’t matter whether you’re “team Abdallah” or “team Towke” when it comes to the truth about the prime minister. It’s almost inconsequential. Australia’s racism is bigger than one man – even if he is the leader of the country.

Source: Racism in Australia is about the structures that ensure non-white people don’t get a fair go | Antoinette Lattouf | The Guardian