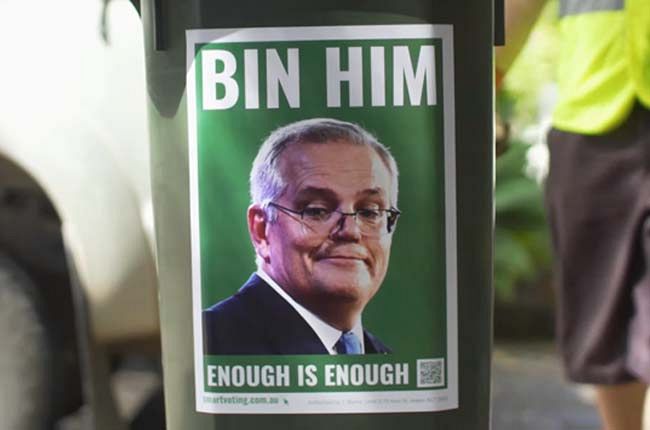 If Liberal-National Party voters have a skerrick of integrity left they should assist the rest of Australia in ushering this Government out the back door, in a landslide.

The Coalition Government’s cash splash Budget is the final piece of a mountain of evidence that proves Prime Minister Scott Morrison’s team of “deplorables” are incompetent, devious and unfit to lead the nation.

Some Liberal MPs have already had the good grace to be honest with their supporters. Former Liberal MP John Alexander hopes ‘that if Labor’s Anthony Albanese wins the Election, policies more fit to serve the national interest rather than narrow sectional interest might be served’, while Liberal Senator Concetta Fierravanti-Wells says Morrison is “not fit to be Prime Minister” and, along with his cronies, has already “destroyed the Liberal Party in NSW”.

In National Party ranks, Deputy Prime Minister Barnaby Joyce, in a moment of lucidity and honesty, called Scott Morrison “a hypocrite and a liar” and stated that he had “never trusted him” and disliked “how he earnestly rearranges the truth to a lie”.

Source: The Coalition is no longer fit for purpose