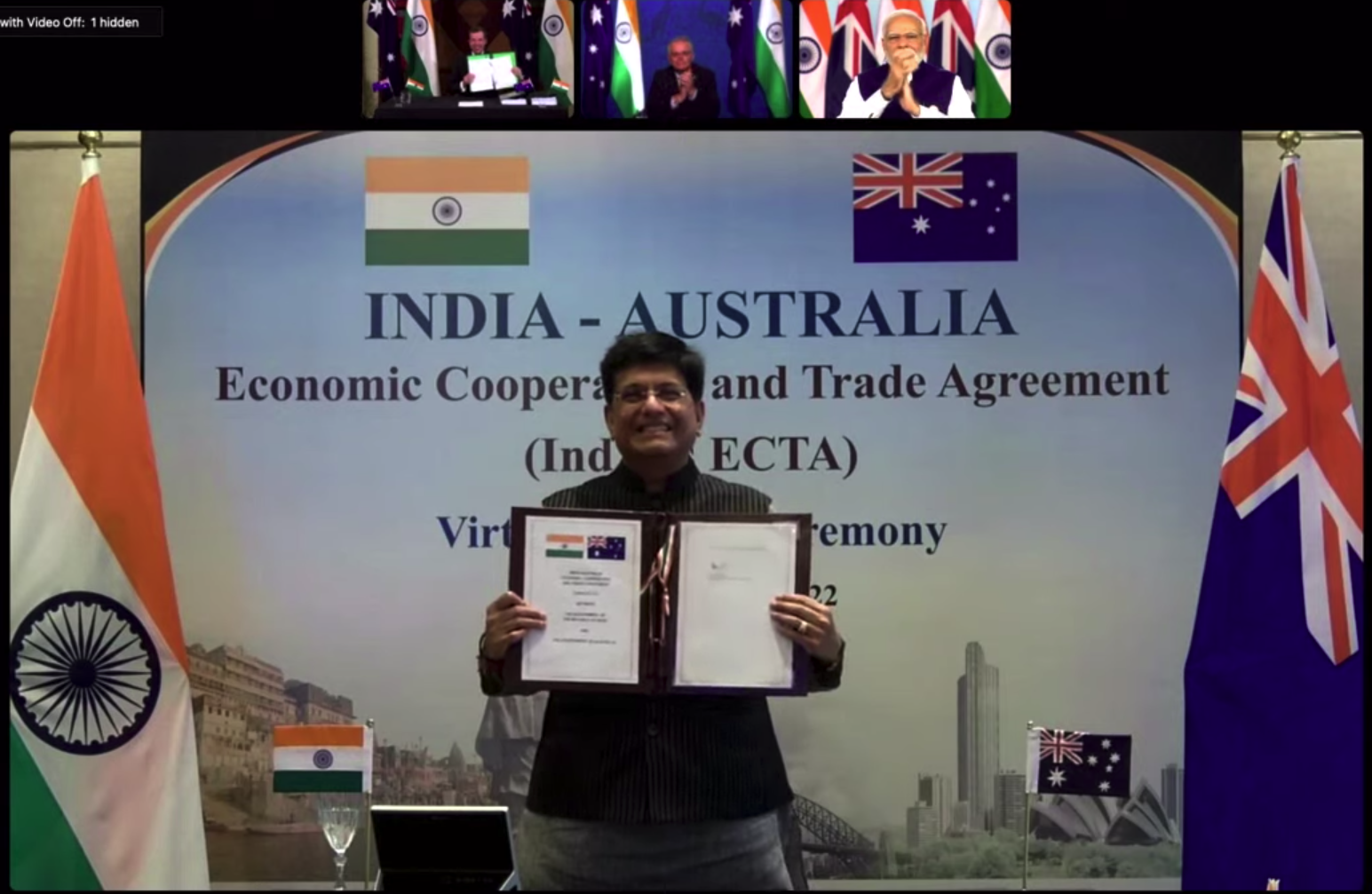 Ten years in the making of an agreement signed just weeks before an election smells of a scam. One needs to ask what Morrison actually sacrificed in order to gain this politically advantageous signing at such a fortuitous moment. The Indians are known for their bargaining skills and ability to take commercial advantage. They are one of the few countries currently refusing to criticize Putin and are not employing sanctions against Russia. Furthermore, they are happily buying their cheaper oil and so offering indirect and questionable support in their war against Ukraine. Morrison is rewarding India a nation for its questionable ethical and contrarian stance to ours and his associated  media propagandists are supporting him in this less than perfect moral stance. he’s indirectly siding with Russia. In fact he directly sided with Putin at the last Climate summit in Glasgow.

The Morrison government has hailed the agreement as a significant step in its efforts to diversify export markets and reduce Australia’s economic dependence on China.”This is an economic agreement that has strategic might to it,” Mr Tehan said.