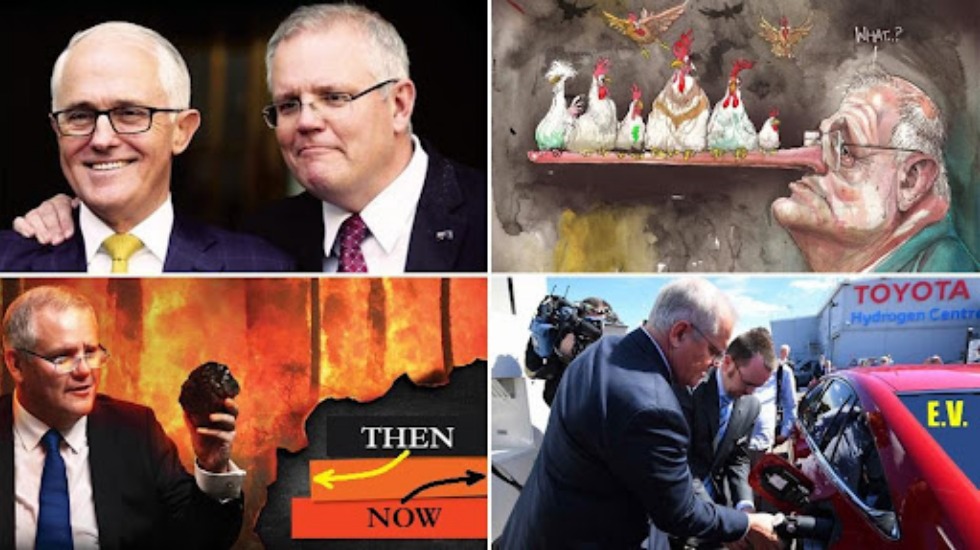 Morrison even admitted that he wasn’t ready for the job of PM when the Party room had the choice of Bishop, Dutton and Morrison. We got Walter Mitty and media man who from day one sold Australia an on going ad  of the daggy dad and it’s played on a loop for 3 years. However like all ads it’s past it’s use-by date and the historically highly incompetant leader, liar, sacked by NZ and Australia’s tourism boards is in plain sight. However, the camera keeps rolling and even Sky News and the other media can’t keep polishing ScaMo the lying dipstick that’s about to seize the government

Whether or not he belongs in the same diagnostic ballpark as Caligula or Henry VI, Scott Morrison remains a dangerous and prolific peddler of damaging misinformation, his message amplified by a compliant and complicit commercial mass media. Whether or not he buys into the delusional myth he shared with Neil Mitchell, or the myth itself is yet another of his lies, Australians should be rightly perturbed by the fact they let someone who’s either ill-suited, or just plain ill, ascend to Australia’s highest political office. Yet Morrison may survive the looming election, propped up by people like Riminton’s neighbours: “They like (the PM) because ‘he’s moderate’; she doesn’t like (Opposition Leader Anthony Albanese) because ‘he’s snarky’ and doesn’t seem to do anything. She had to be helped to remember his name,” he wrote. “(It’s) a reminder to us all that elections are decided by the unengaged.”