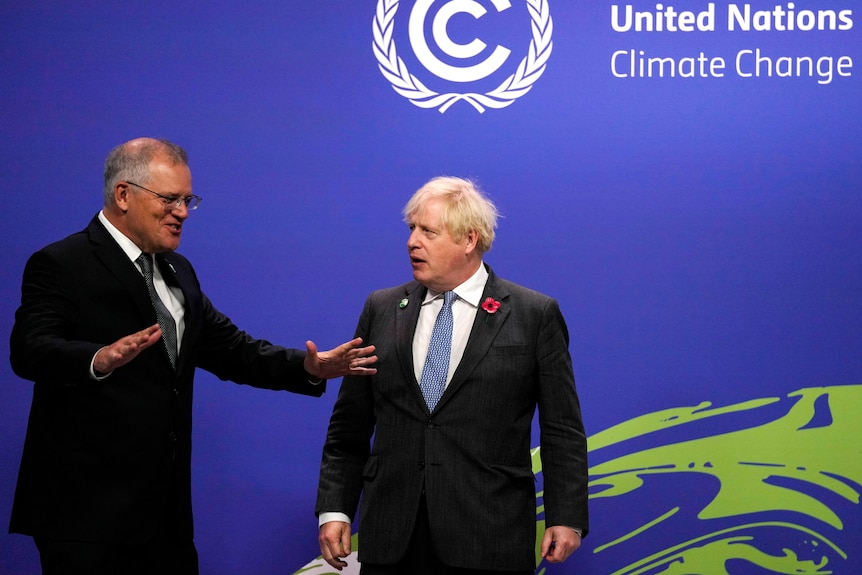 He claims he’s not a liar but then he claime Macron insulted the Australian Public an immediate lie to boost his claim he’s not a liar. He’s a dud a real dud. Tim Smith was merely DUI. Morrison is a serial bullshitter who was sacked by NZ and Australia for his inexcusable “clumsiness”, poor judgement, and communication skills. We have witnessed all of it for the past  3 years.

In failing to offer more action this decade — the main objective of COP26 — Scott Morrison needed to make a case for Australian exceptionalism. In some sense he succeeded, but not as hoped. “The Australian Way” seems to have highlighted that this nation, as in past COP meetings, is acting as a brake on climate action, not a ready participant. Which makes it all the harder to convince ‘developing’ countries — which includes the likes of China and India — to follow suit. Scott Morrison will depart Glasgow with Australia’s six-year-old 2030 target unchanged. He may be able to brush off the criticism Australia is copping at COP26, but it is likely to follow him. Frank Bainimarama, the strong man and powerful voice of the Pacific, made it clear that success in limiting climate change should not be left to chance. “We have moral authority,” he said. “You have a moral obligation.”