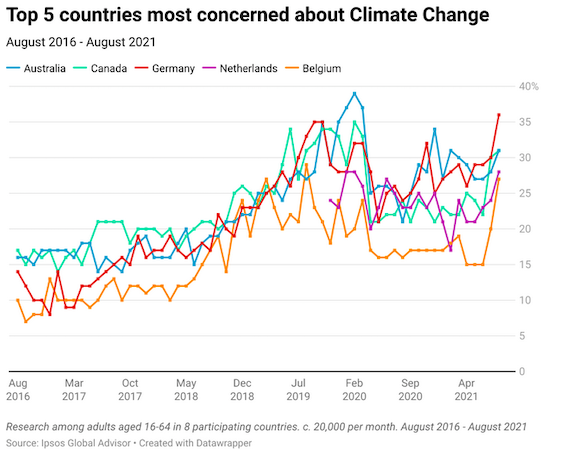 Australia is among the top 5 yet our government continues to ignore it for the sake of politics and power as it remains a marginal seat issue with which to wedge the opposition. Retaining power neither service, duty nor Democracy rate in the Morrison political drive

Germany is currently the country most concerned about climate change out of the 28 surveyed for the August update of the “What worries the world” study by market research and consulting firm Ipsos. Climate change is one of Germans’ top three concerns, with 36 percent selecting it as their main worry (six percentage points more than last month, and the highest Germany has recorded to date).

Source: Germans are most worried about Climate Emergency among 28 Countries Surveyed