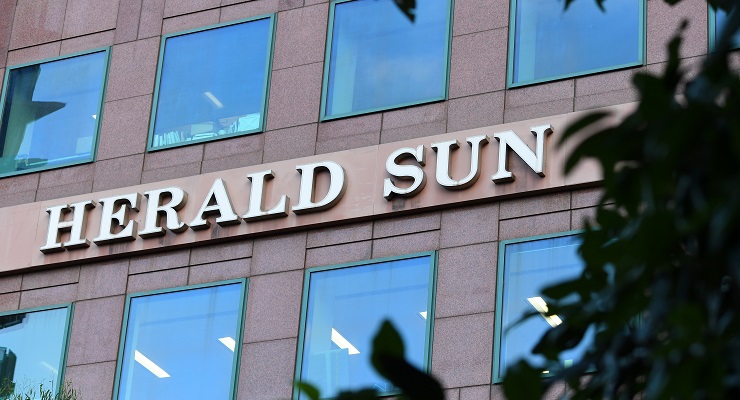 Media Slow news day: the Herald Sun falls back in the pack A long-time kingpin in Melbourne print media, the Herald Sun has taken quite the tumble, falling to fourth place among News Corp’s Australian mastheads. Christopher Warren Aug 26, 2021 20 (Image: AAP/James Ross) There’s a changing of the guard in Australia’s media: long-time Melbourne circulation kingpin the Herald Sun has tumbled way down the rankings. Now, it looks like it’s not only runner-up to local competitor The Age, it’s fallen to fourth spot among News Corp’s remaining Australian mastheads. It’s the second blow to News Corp’s market supremacy, following the ABC’s leap to displace news.com.au at the top of the Nielsen Digital News Content rankings since the 2020 summer of bushfires. The Herald Sun — boasting an audited circulation over twice its competitor with 600,000 copies when it first merged back in 1990 — is down more than three-fourths, with 146,026 subscribers across its print and digital products, according to June 30 internal figures reported by the company to the US Securities and Exchange Commission.

Source: Slow news day: the Herald Sun falls back in the pack