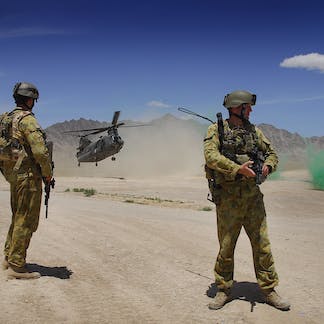 Twenty years ago, Australian forces followed the US into Afghanistan in the wake of the September 11 attacks with a simple mission: to hunt down Osama bin Laden and the al-Qaeda leadership and remove the Taliban government that had sheltered them. That mission has ended in abject failure. Its costs have been significant: 41 combat-related deaths, 260 wounded, more than 500 veteran suicides, thousands afflicted by post-traumatic stress disorder (PTSD) and around A$10 billion expended with precious little to show for it.

Source: Owning up: Australia must admit its involvement in Afghanistan has been an abject failure