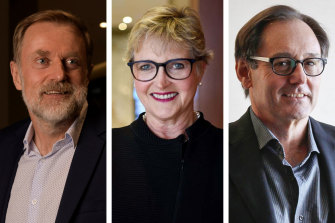 The federal government has appointed a former News Corp executive who once proposed a back-office merger of Australia’s two public broadcasters as a new member of the ABC board. Former News Corp and Foxtel boss Peter Tonagh, who led the government’s 2018 ABC and SBS efficiency review, former Seven executive and Australia Post board member Mario D’Orazio, and Fiona Balfour, a former chief information officer at Qantas and Telstra, will join the board. The five-year appointments are effective immediately and put an end to a lengthy process that was scrutinised by the ABC for its delays.