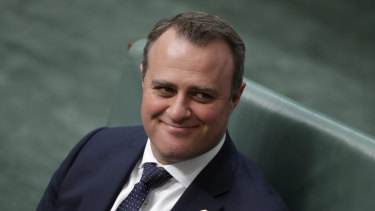 Tim Wilson LNP/IPA federal MP couldn’t give a running fuck about COVID-19 neither the cases nor the deaths concern him rather than how it all seems in the eyes of the public. Now that it’s obvious that the Immigration and the Aged-Care sectors both a responsibility of the Federal LNP were the epicenter of the spread and deaths of the virus due to their total mismanagement from Abbott to Morrison. Wilson’s complaint is that the process was and is political and somehow has gone easy on Dan Andrews. Wilson’s problem however the opposite would seem to be the case if one simply looked at the MSM media. (ODT)

Victorian Liberal MP Tim Wilson has waded into the fight over Daniel Andrews’ handling of the coronavirus pandemic, saying the state government has not been scrutinised enough over its response to COVID-19.

Mr Wilson said the federal coronavirus committee had met many more times than its Victorian equivalent and was chaired by an opposition politician whereas the Victorian inquiry is headed by a member of the governing party.