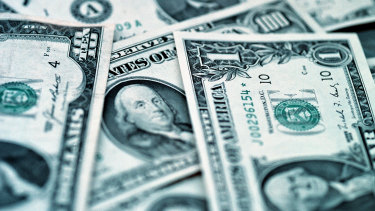 After hitting an all-time high in March, a gauge of the greenback lost 10 per cent of its value, with declines accelerating in recent weeks as infections spread seemingly unchecked across the nation. Much of the sell-off has come during New York trading hours, suggesting domestic investors are closing out bets on US strength and spurring renewed questions about the supremacy of the dollar. Meanwhile, a popular model that’s guided dollar traders for the past two decades has warped.

It’s a rapid reversal in fortune. Early on in the pandemic, the dollar soared after investors sought safety in US assets like Treasuries while the virus stormed through Europe. But with cases now exploding at home, the ineffectual American response to the disease has become a millstone for the currency, spurring concern about lasting damage to the US economy that could keep interest rates and growth low for years.