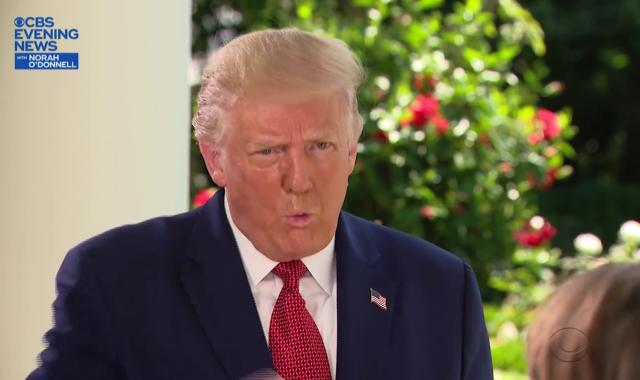 Thick as a Brick (ODT)

When she asked Trump, “why are African Americans still dying at the hands of law enforcement in this country?” Trump’s response was not simply telling, it was piteously predictable. “So are white people. So are white people. What a terrible question.” But Trump wasn’t done digging that stupid racist’s hole, because this wouldn’t be a Donald Trump interview if he didn’t add some kind of complete lie to his ignorant response.

Trump went on to explain: “So are white people. More white people, by the way. More white people!” This may come as news to you because … it isn’t a real thing. It’s as factually accurate as saying Donald Trump is not the embodiment of corrupt narcissistic mediocrity. As many point out, while there are a lot more white folks than Black people, Black men are three and a half times more likely to be killed by law enforcement than their white counterparts. But. Let’s pretend that Donald Trump is right. Let us pretend that there is in fact no real racism, and our country’s long history of racism, specifically against Black people, ended with Barack Obama’s election to office as a secret Muslim communist revolutionary…Trump’s opinion of law enforcement is that killing American citizens willy-nilly isn’t a problem. In fact, bringing it up—specifically bringing it up in regards to racial injustice—is a ”terrible question.”