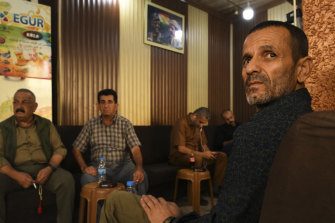 The Kurds have a saying that their only friend is the mountains, and in the past few weeks, US President Donald Trump and his deputy, Mike Pence, have seemed determined to prove them right.

Kurdish forces fought alongside Americans to defeat Islamic State at the cost of 11,000 of their young fighting men and women’s lives. Despite this, almost two weeks ago the United States withdrew the 1000 troops who were keeping the peace along the border with the Kurds’ long-time enemy, Turkey.

On top of that, as is his habit, Trump insulted them. Their existential battle with Turkey “has nothing to do with us”, the President said, and Kurds were, by the way, “no angels”.

via Turkey-Syrian conflict: If you were American I would have told you this was all your fault