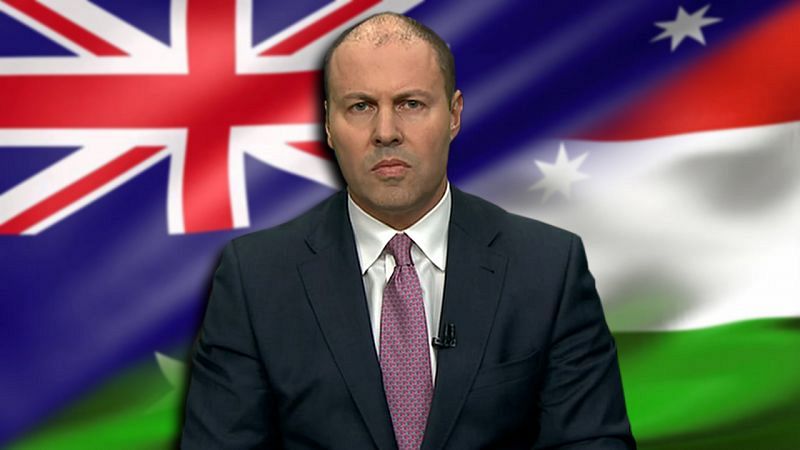 Frydenberg told a deliberate porky to Parliament because there is no way – unless he is a compete dill, which he is not – that he did not see the same documents as Tony Magrathea before he put pen to paper.

So he knew about these when he completed his Qualification Checklist.

Lawyer Trevor Poulton threatened to bring an s44 challenge to Josh’s eligibility on the grounds that, because Frydenberg’s mother was a Hungarian citizen, Josh might have a right to Hungarian privileges. Fair question.

Well, our PM went ballistic, spitting righteous indignation from every orifice in his head plus one:

“I’ll tell you what it’s a time to draw a line on, and it’s anti-Semitism. I mean, the scourge of anti-Semitic graffiti that we’ve seen in Melbourne just this year, it is absolutely sickening and disgraceful. And for a Holocaust denier and an anti-Semite to seek to progress that agenda by pretending to have some sort of constitutional purity on Josh Frydenberg, I’m just going to call it out for what it is. And I think Australians… I think they would share that. Anti-Semitism has no place in this country.”

Poor old Trev once wrote a book titled ‘The Holocaust Denier’. I haven’t read it and I doubt the tongue-speaker in chief has either. A flick through the Amazon review indicates there is no actual denying going on apart from a character who is a denier. And I’m not talking fabric weight.

Morrison’s indignation is a total furphy.

via Frydenberg caught out on citizenship lie