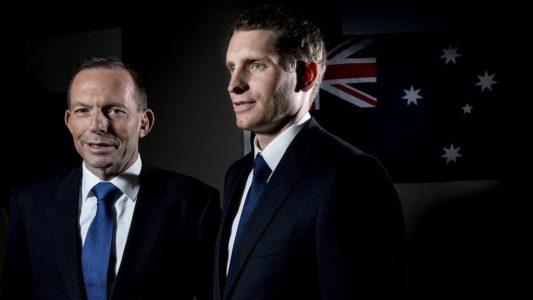 Much has been written about Andrew Hastie’s idiotic comments this week comparing the rise of China to that of Nazi Germany. Having James Patterson come out in support just added to the Nazi theme with his unnerving likeness to the stereotypical Hitler Youth image.

Tony thinks Jesus is still top dog, backed up by the military might of the English-speaking Judeo-Christian Western world crusaders.

Scott Morrison’s foray into the matter was not helpful when he relegated China to “customer” status.

And they wonder why our relationship with China is at an “all-time low”.