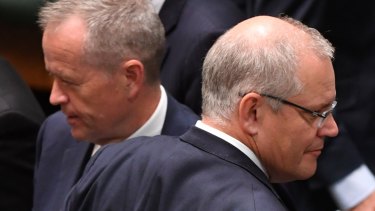 Morrison is an advertising man and is scaming the public to pay for it when the Liberal Party hasn’t the funds to. Let’s not forget Turnbull funded his own campaigns whe the party was broke. Now ALP voters are funding his. (ODT)

The Morrison government has ramped up its marketing and advertising campaigns to $136 million in contracts since the beginning of this year, according to tender documents that reveal the cost to taxpayers.The government advertising includes $16 million for Treasury to promote tax cuts and $6 million for the Department of Jobs and Small Business to tell voters about assistance for employers.Opposition Leader Bill Shorten has accused Prime Minister Scott Morrison of using taxpayer funds for political ends before calling the election, an announcement expected within a week.