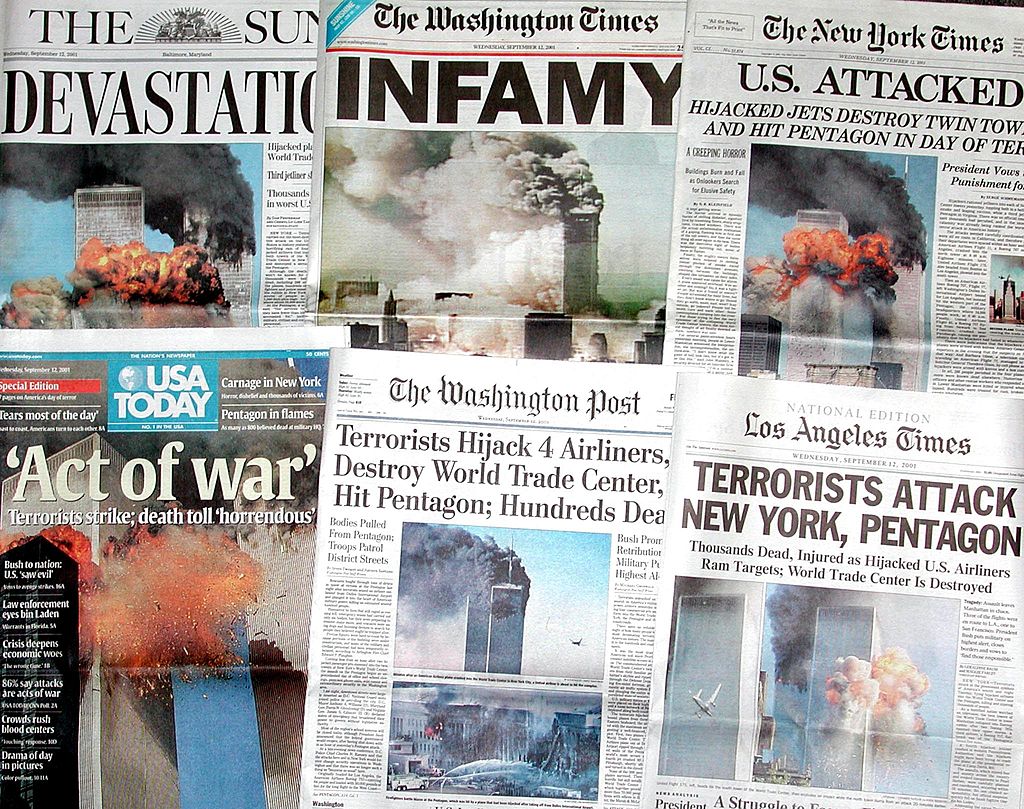 Two decades ago, the mainstream media responded to the September 11 attacks by stacking their news coverage and pundit commentary with the country’s most belligerently pro-war voices. We are still paying for their appalling misjudgment.

Source: Twenty Years Ago, the Mainstream Press Created the War on Terror

George Said
WE know why Abbott is going but why are the Islamic States so reluctant? What do they know that Abbott doesn’t?

ISIL is a far greater threat to other Islamic nations in its region than it is to Australia, says George Said; we should be helping them fight ISIL, not battling on their behalf.

UNDOUBTEDLY, the self appointed group calling themselves the Islamic State of Iraq and the Levant (ISIL) has to be defeated. This can only be done when the other Sunni nations join forces to reclaim their religion and the territorial gains made by ISIL. These nations are Turkey, Saudi Arabia, Iraq, Egypt, Lebanon, Jordan, Qatar, United Arab Emirates, Qatar, Oman and even Syria. Australia should not be anxious to jump into the dispute ahead of these countries just because Abbott is failing at home.

We have had 13 years of the War on Terror and we lost that war. The West focused on Al-Qaeda and Bin Laden; the battle was won and the West lost the ideological war. The West should not have interfered with Iraq for its oil without a plan for the future.

Recently, the British Muslims had a valid point: they do not want their prime minister to refer to the terrorist group as the Islamic State. They are adamant that ISIL is not acting in their name and should be referred to as the UnIslamic State.
To quote two prominent Muslim organisations:

“We do not believe the terror group responsible should be given the credence and standing they seek by styling themselves Islamic State. It is neither Islamic, nor is it a state.”

The leadership that is required in this dispute is not that which comes from ‘Team Abbott’, but one that comes from the Muslims themselves.

Six British senior Islamic scholars endorsed the fatwa (a legal opinion on the interpretation of Islamic law) last month, describing Britons allied to Islamic State cells as “heretics” and prohibiting would-be jihadis from joining the ‘oppressive and tyrannical’ group in Iraq and Syria.

ISIL has hijacked Islam and parts of the Middle East and it is a greater threat to the Middle East Sunni nations than it is to us in Australia. We should assist these nations to do the fighting, not enter the battle on their behalf.