They don’t even try to hide their participation in influencing elections any more.

Building on remarks he made to investors late last year, CBS Corporation chief executive Les Moonves said Monday that Donald Trump’s divisive, hate-mongering candidacy “may not be good for America, but it’s damn good for CBS.”

WASHINGTON – (CT&P) – Businessman, megalomaniac, and fascist prick Donald Trump was chosen overwhelmingly over other candidates by poorly educated idiots in Super Tuesday primaries all across the country last night.

Morons from all walks of life flocked to the polls to give the giant bipedal penis wins in seven GOP primaries, and delegates from each of the other four states in play.

The seven state sweep virtually guarantees that Trump will go into the GOP convention with a majority of delegates. Historians and political pundits believe that this is the first time a reproductive organ has been chosen to lead a major political party.

“It’s unprecedented”, said MSNBC’s Chris Mathews. “I don’t remember an election in which a giant dick has had so much success.”

Mr. Trump held a press conference in Miami to thank the simpletons, imbeciles, and half-wits that came out to vote for him.

“With the help of all you numbnuts, cretins, and chowderheads, we’re going to make America great again!” said Mr. Trump, as he gestured wildly with his undersized hands.

The few supporters allowed to attend the press conference acknowledged the abominable piece of human garbage with a Nazi salute before they were given cheese sandwiches and escorted out of the building by armed thugs.

Billy Joe Scrotumface, a Trump supporter and fucking idiot from Panama City Beach who was a special guest at the presser, told CNN that he loves Trump because he “tells it like it is.”

“It’s about time we threw out all the Messicans and Mooslims in this country,” said Scrotumface, as he oiled and cleaned an automatic rifle outside the building. “I just can’t wait to sign up for the deportation force.”

After the results of the primaries and caucuses became clear late last night, Republican establishment figures were sent scrambling for new ideas on how they could stop the hideous ghoul from New York from seizing the nomination.

“We’ve considered all types of plans, from exploding cigars to poisoned Perrier water,” said Senate Majority Leader Mitch McConnell. “All I know is this asshole has to be stopped before he completely destroys our Party.”

If all else fails and Trump wins the nomination, cyanide-laced Kool-Aid has been prepared for Republican senators in blue states. 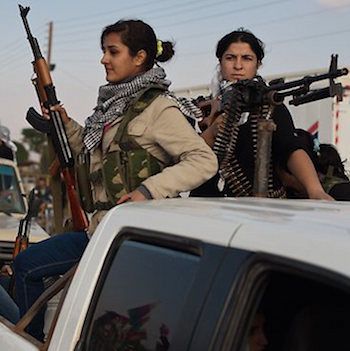