Australia now has a record number of underemployed workers, and total hours worked per person per month are also at an all-time low. Alan Austin reports on the latest jobs data ahead what many believe will be a dreadful week for the Government as a slew of economic data is about to be released and two-year bonds have just halved, hitting a record low yield of only 0.4 per cent.

It allows idiot politicians like Tony Abbott and the LNP declare they have created jobs and people on welfare are bludgers. However what’s missing is insufficient income, security and hours of work. (ODT)

Casual is the new normal

Full-time employment is becoming a thing of the past. Casual employment is becoming the norm in a lot of industries such as healthcare, retail or hospitality. Working part-time can be a personal choice and not all workers in this situation necessarily want to work more hours. However, while this ‘casualisation’ of work allows businesses to be more flexible and efficient, it also puts more stress on the workers and can lead to precarious situations for many of them.

Looking at the numbers, it appears that the jobs are there, that jobs are being created. The three industries mentioned above are employing more and more people every year. The problem seems that despite the number of jobs, there aren’t enough hours for the workers. It will be interesting to see how many jobs will be created this year, and more importantly what proportion of these new jobs will be full-time. A 65-year-old New York City cab driver from Queens, Nicanor Ochisor, hanged himself in his garage March 16, saying in a note he left behind that the ride-hailing companies Uber and Lyft had made it impossible for him to make a living. It was the fourth suicide by a cab driver in New York in the last four months, including one Feb. 5 in which livery driver Douglas Schifter, 61, killed himself with a shotgun outside City Hall.

via The ‘Gig Economy’ Is the New Term for Serfdom

Australia has one of the highest levels of part-time work anywhere in the OECD. 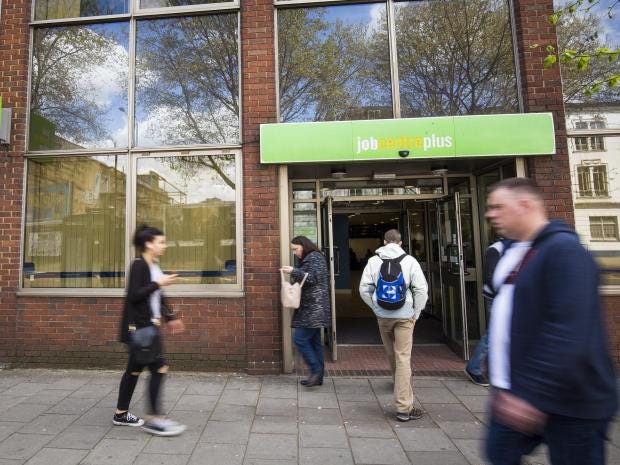 Jobs of the future may not have stable hours, holiday pay, sick pay, or pensions, the Work and Pensions Secretary has said. Damian Green described the trend in employment practices towards the so-called “gig economy” as “exciting” and said the changes had “huge potential”.

Source: Jobs of the future may not have stable hours, holiday pay, sick pay, or pensions, DWP secretary says | The Independent

Economists have begun to view underemployment with alarm, with good reason.

Forget the Turnbull Government’s ‘budget repair’ dogma. The real reason the Coalition is trying to cut the dole is to further undermine job security and the power of workers, writes Owen Bennett. The nature of the Australian labour force has changed drastically in a very short time. In the late 1970s, eight in 10 workersMore

Source: A Casual Killing: How Government And Business Make More Money By Ripping Off Yours – New Matilda