First, the United States has waged an unrelenting economic war against Venezuela through sanctions, designed to destroy the economy. No accounting of the current situation can be complete with pointing this out. As economist Jeffery Sachs said last year, “Venezuela’s economic crisis is routinely blamed all on Venezuela. But it is much more than that. American sanctions are deliberately aiming to wreck Venezuela’s economy and thereby lead to regime change.” Second, it is up for the Venezuelan left and the Venezuelan people to determine the course of their future.

Whether Silvercorp USA got a green light from the US government to act as privateers or was just freelancing, this misadventure can only be understood in the context of Trump’s increased aggression towards Venezuela. While Trump may be escalating these tensions, he is acting within the longer tradition of US imperialism in the region. Ultimately, it is for Venezuelans, not the United States, to determine the course of the country.

Source: They’re Not Sending Their Best People to Stage a Coup in Venezuela 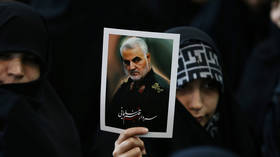 via Intercepted Podcast: The Trump Effect