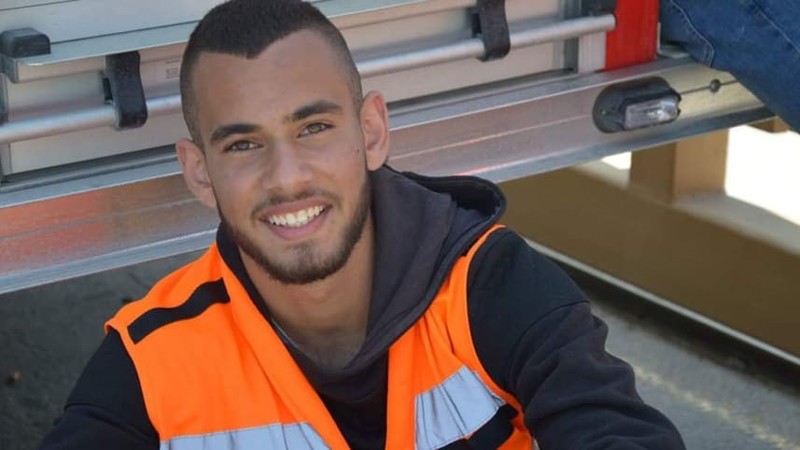 But like most of Israel’s attempts to justify its use of lethal force against Palestinians, it doesn’t hold water.

It is based on a lie, intended to cover up the intentional killing of a medic.

An investigation by the human rights group Al-Haq found that Mizher had not been on the rooftop before he was killed.

Additionally, the figure seen in the video is wearing a white shirt under his high-visibility vest. Mizher was wearing a black shirt under his vest, as is shown in a group photo of the volunteer medics taken hours before a bullet to the stomach took his life, published as an appendix in Al-Haq’s report.

The video, which includes no time stamps, shows a rooftop in al-Walajiya neighborhood, according to Al-Haq. Mizher was shot on Dheisheh’s main street, 300 meters away from the rooftop shown in the video.

Rather than throwing a stone – which would hardly justify the use of lethal force by heavily armed and armored soldiers, even if it were true – Mizher was “fatally shot while attempting to tend to an injured youth, as part of his duties as a first responder,” according to Al-Haq’s investigation.

via Shoot and lie | The Electronic Intifada