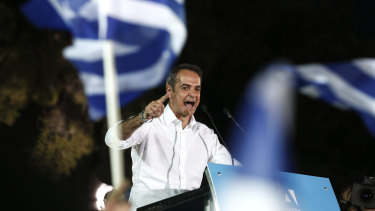 Mitsotakis isn’t a rally-rouser. He doesn’t take the populist tone or stoke divisions. And within days he could be prime minister of Greece.

Greece is not the only European country to see such a reversal. In Denmark last month the centre-left Social Democrats returned to power, partly thanks to a collapse in votes for the anti-immigrant Danish People’s Party which had been informally supporting successive right-wing governments in exchange for ultra-nationalist policies (in 2017 the Danish minister for immigration posted a photo of a cake on Facebook celebrating 50 new laws tightening immigration rules).