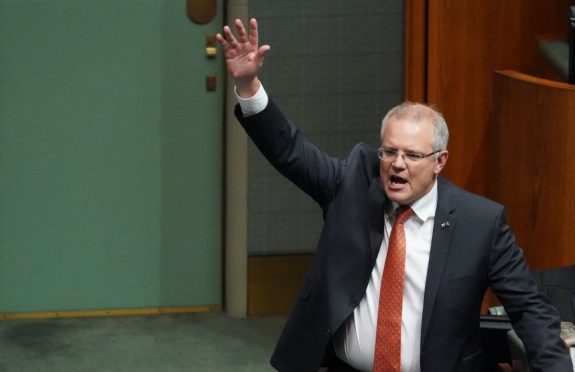 the lingering image of him hugging a lump of coal; his defence of advertising on the sails of the Opera House, wanting to see not just horse racing but also car racing; his mishandling of the issues of funding and independence of the ABC generated by the dismissal of chief executive Michelle Guthrie; his multiple positions on the treatment of gay students and teachers; the white supremacist/neo-Nazi parliamentary vote; announcing the possible shift of our embassy in Israel from Tel Aviv to Jerusalem (even after most devout Jews in the electorate would have already pre-voted, to avoid having to do so on the Sabbath); the possible rejuvenation of a New Zealand deal on refugee resettlement; and then, finally, the assertion that a Kerryn Phelps win meant “instability”, conveniently ignoring the instability in his own party that had resulted in the byelection in the first place.

Maybe we should go back to Demtel to see how this ends. Tim Shaw is now the breakfast announcer of Canberra’s ‘talk radio’ station (which also relays Alan Jones and Ray Hadley) while the (Demental) company owner spent nearly five years in jail for money laundering. ‘But wait- there’s more’ indeed.

via The Demtel Man – » The Australian Independent Media Network