Chloe Maxmin flipped a Trump district in her run for a Maine Senate seat. In her new book, she offers Democrats a recipe for replicating that success.

Peter Costello tries to boost Morrison by telling us “what we think” in The Age poll.

The rising death toll and explosion in infections are a direct result of the failure to provide adequate safeguards to cope with these new “freedoms”. Experts warned exceptionally high vaccination rates by world standards would not be enough. Instead, we were given the mantra of “getting the government off people’s backs and out of their lives”. It was a stark dereliction of a government’s public health responsibilities. The failure to provide self-administered rapid antigen tests (RATs) as an essential tool in keeping the country functioning is a major contributor to the deep malaise we are now experiencing. Empty supermarket shelves are the most eloquent witnesses to this reckless wishful thinking. The situation has become so dire even Labor leader Anthony Albanese’s critics are giving him a serious second look. via Will we never change until it gets to uncomfortable to stay the same? – » The Australian Independent Media Network

Ted Cruz’s hypocrisy won’t stop government from helping in the wake of Hurricane Harvey, but Texas will be needing help for a long time.

Source: Everyone’s a Socialist After a Natural Disaster | The Nation 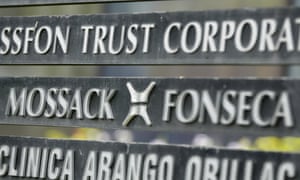 Neither Liberals nor Labor plan to act, despite 800 Australians being on files of Mossack Fonseca and contrary to pledges at Brisbane G20 meeting in 2014