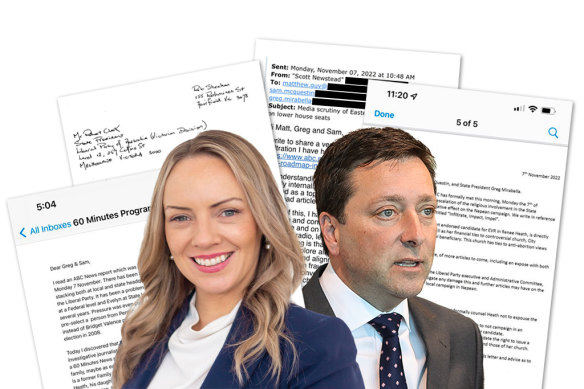 At least nine senior Liberal Party members wrote to Opposition Leader Matthew Guy and other party leaders weeks ago to sound the alarm about the political risks of candidate Renee Heath’s controversial religious views, but were dismissed or received no response.