International and regional concerns will be on the agenda as NZ’s Jacinda Ardern becomes the first world leader to visit Anthony Albanese as Australian PM.

Should the Australian government cede ground, they can expect a fiery pushback from Opposition Leader Peter Dutton, who as immigration and home affairs minister oversaw increased deportations.

“It was right to deport them and we’re safer because of having done so,” he told Sydney radio station 2GB on Thursday.

“I don’t want to see the Albanese government walk it back.”

Another major shift is that climate change is back on the agenda, with senior NZ government figures telling AAP the issue was declared a no-go zone under the previous coalition government.

“It’s a huge relief,” one source said. “It hasn’t caused problems in the relationship per se, but it’s just been such an anomaly in that Australia hasn’t been interested.” 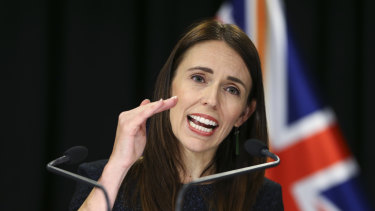 via New Zealand is in total lockdown. Why aren’t we?

How does it get so hotThere are two processes we think explain the extreme underground conditions at our drill site. An earthquake on the Alpine Fault ha

Cyclone Cook is bearing down on New Zealand and is set to be the worst storm system in nearly 50 years.

Source: States of emergency declared as Cyclone Cook bears down on New Zealand