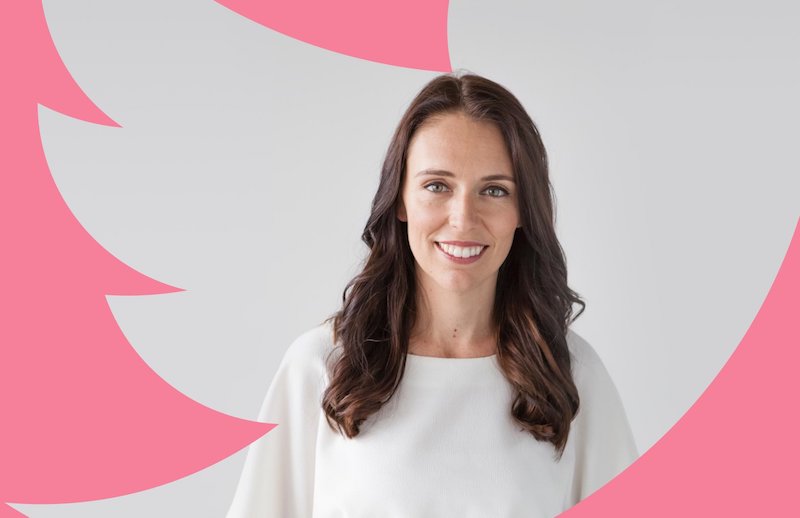 As the world is thanking Jacinda Ardern profoundly for her 14 years in New Zealand’s Parliament and more than five as prime minister, a large number of white male scribes have joined in a frenzy of extraordinarily bitter attacks. Alan Austin reports on her economic performance. 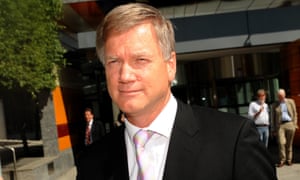 On 6 January 1996, a letter, written by the preselected Liberal party candidate for Ipswich, Pauline Hanson, was published in the Queensland Times. It claimed nothing more than showering the admittedly once-wronged Aboriginal people with “money, facilities and opportunities” not available to other Australians was harming them and “causing racism”. The letter caused pandemonium at Liberal party headquarters. Hanson was stripped of her preselection. (The rest as they say is history.) Today, such a letter would be barely noticed by anyone.

Twenty-two years later, on 2 August 2018, the country’s most influential columnist, Andrew Bolt, regularly published in four Murdoch tabloids, claimed that Australia was being destroyed by waves of immigrants – Chinese, Jews, Vietnamese, Indians, Muslims etc – who refused to assimilate and who, as colonists, treated Australia not as a home but as a hotel. That a column like this could be published in the mainstream media, unthinkable 20 years ago, is a consequence of the steady and sinister and perilous drift of Australia’s national conversation towards a permissible racism.

Andrew Bolt got his facts wrong. But that’s not the only thing wrong with his column | Robert Manne | Opinion | The Guardian

Politicians and media are fuelling a bigoted atmosphere with rhetoric that problematises Islam.

Hatem Bazian is a lecturer in the Departments of Near Eastern and Ethnic Studies at University of California, Berkeley.

“Vaccinate” against Sharia; demands to “publicly announce allegiance to America and our laws”; and Islam “is a cancer in our nation that needs to be cut out” are a few recent statements by US political leaders pointing to the level of toxicity and bigotry directed at Muslims in the country.

As American Muslims mourn the loss of Deah Barakat, his wife Yusor Abu-Salha, and her sister Razan Abu-Salha, important questions arise as to the link between the vitriolic rhetoric directed at Muslims in western civil society and violence targeting members of this religious and powerless minority group.

How to understand what is taking place and should we be more alarmed about the violent turn of events or is this only an isolated incident by a mentally unstable person and no further conclusions should be deduced from it?

The isolated incident, as the media and political leaders emphasise, has to be dispensed with immediately as the trail of hate motivated attacks is evident in Wade Michael Page mass murder at the Sikh Gurdwara (house of worship) in Oak Creek, Wisconsin in 2012, and the Anders Breivik’s Norway slaughter in July 2011.

More alarming on the individual level is the readiness of a 31-year-old New York woman on December 27, 2012 to push Sunando Sen, a 47-year-old immigrant from India, in the path of an incoming train. The woman admitted to purposely pushing Sen off of the subway platform stating: “I pushed a Muslim off the train tracks because I hate Hindus and Muslims.”

Make no mistake about it. Wade Michael Page, Anders Breivik, Craig Stephen Hicks and Erika Menendez are all responsible for the actual murders; however the political leadership and media talking heads provided the racist and bigoted atmosphere by daily engaging in problematising Islam and Muslims.

Yes, we can speak of crimes committed by terrorists in the name of Islam around the world; however, the media and western political elites have constructed a propaganda machine that epistemologically “otherises” Muslims while relegating them to sub-humanness status and as savages at the gates of civilisation.

The status and position of Muslims within American and European civil society is deteriorating rapidly and immediate remedies are needed to counter it.

Without doubt, events involving Muslims in various parts of the world have contributed to the collapse of the Muslim status but there is much to be said about the role of right-wing politicians whose careers depend upon racist and “otherising” xenophobic rhetoric.

The politically sanctioned bigotry towards Muslims living in the aforementioned countries stems from leaders and established parties who have made strategic calculations as to the documented success of this messaging and the ability to win votes at the ballot box. Events involving Muslims, such as terrorist attacks at home and abroad, are packaged into racist campaign advertisements.

The rhetoric has led to the externalisation of Muslims, while demanding greater levels of state intrusion into their religious and private space, supposedly to secure the motherland from their collective harm. Consequently, a comparison must be made as to the early formative period of Nazi Germany campaign against the Jews and whether the right-wing machinery is rewriting the history today but with Muslim names and faces attached to it.

In Nazi Germany, starting immediately after Hitler came to power in 1933, Dr Joseph Goebbels was appointed minister of propaganda and national enlightenment in charge of constructing the “civilised” image for the rising fascist state.

Months after coming to power, the Nazi Party was emboldened to organise public burning of books that did not correspond to Hitler’s racist and distorted Aryan ideology. Goebbels set up an infrastructure that on the one hand monitored anything that strayed from the prescribed nationalist narrative while on the other hand worked to produce “literature, music, films, radio programmes and newspaper” articles that promoted the Nazi ideology.

These tactics had devastating consequences by 1938. A straight line can be drawn linking nationally produced racist political propaganda and the death and destruction visited upon the Jews and countless others in the Holocaust.

Germany’s Nazi history and what it unleashed on the world with its well-oiled propaganda machine is well documented but unfortunately the lessons from the racist and xenophobic rhetoric directed at minorities are downplayed, forgotten or completely obfuscated.

There are clear parallels to the experience of Muslims living in western countries today and Nazi Germany.

Let’s be clear that we are not at a “1938 moment” of Hitler’s Nazi Germany but the basis of comparison today is one of approach and structure to the rhetoric deployed against Muslim citizens of western countries. Certainly, Islamophobic rhetoric has become normal, pervasive and even “dignified” in public discourse.

One can hardly pick a newspaper without reading negative stories involving Muslims. Likewise, radio and TV programming are filled to the brim with Islamophobic content masquerading as “real news” or “informed opinions” with an avalanche of bigoted and essentialist content focusing on Muslims.

The link between bigoted speech and violence is well established but forming the right policies and setting up the preventative infrastructure is difficult to come by at a time when the political elites are themselves producing it.

Currently and at the federal level, a hate crime law is on the books but Daryl Johnson, author of a DHS report on right-wing extremism, illustrates the challenge faced by his office: “In the face of enormous media and congressional criticism, DHS made the decision to cancel all of its domestic terrorism-related reporting and training for law enforcement.”

The lack of institutional support because the political leadership itself and the national media are intent on otherising Muslims and minorities, leave the possibility of racist and bigoted attacks a possibility in the future, with communities left to fend for themselves.

I am wondering how Andrew Bolt is feeling with the release of a trio of new studies in two days which confirm how bad the earth’s fever is.

He stated that “Atmospheric temperatures have remained flat for at least 15 years.”

The following graph shows the tricks used by deniers like Bolt who pick their data to suit their argument.

Aside from the usual tactics of choosing a very hot year as your starting point, and using a short time period rather than observing long term trends, a report from NASA and the National Oceanic and Atmospheric Administration (NOAA) confirmed that 2014 was the hottest year ever since reliable records started being kept in 1880—and the results weren’t even close.

Average global surface temperature worldwide was 14.58º C—surpassing previous records set in 2005 and 2007—and making 2014 1.1º C hotter than the average for the entire 20th century. And before you say 1.1º C doesn’t seem like much, think about whether you’d prefer to run a fever of 38º or 40º. The planet is every bit as sensitive to small variations as you are.

Bolt also says “there has been an unexpected pause in warming of the atmosphere, with the IPCC blaming the deep ocean for hiding the missing heat where it can’t easily be found.  We’ve seen about 0.85 degrees of warming over the past 130 years (which hasn’t seemed to hurt, I think).  That warming slowed dramatically over the past 15 years – to just 0.05 a decade, or virtually zero.”

According to the journal Science, marine life forms are growing sicker, with a “major extinction event” a very real possibility. All through the oceans, the signs of ecosystem breakdown are evident: the death of coral reefs, the collapse of fish stocks, the migration of species from waters that have grown too warm for them to the patches that remain cool enough.

On sea level rises, Bolt says “so far we’ve probably had just 19cms in 110 years. Turns out the median sea level rises tipped under the four IPCC scenarios for 2100 are between just 26cms and 30cms, with a very upper limit of 82cms under the most alarming scenario.”

Whilst this may not seem like a lot, a single centimetre of water globally is a lot of water. (in non-metric terms a single inch of water spread around all of the planet’s oceans and seas represents two quadrillion gallons of water.)  The recent faster rate of rising may also affect predictions for the future.

Bolt also disputes the warning that a rapidly warming climate could affect the quality and quantity of available food.

That’s the trouble when you get your scientific information from the Heartland Institute’s favourite ex-TV weatherman, Andrew Watts.  Deniers spend a lot of money to cherrypick data, quote it out of context, and produce misleading graphics.  Whilst production might be higher in gross tonnage, he ignores demand and yield.

The IPCC report published last year said that the rate of increase in crop yields is slowing – especially in wheat – raising doubts as to whether food production will keep up with the demand of a growing population.

Wheat is the first big staple crop to be affected by climate change, because it is sensitive to heat and is grown around the world, from Pakistan to Russia to Canada. Projections suggest that wheat yields could drop 2% a decade.

The report explored a range of scenarios involving a temperature rise of two degrees or more that saw dramatic declines in production in the coming decades. Declines in crop yields will register first in drier and warmer parts of the world but as temperatures rise two, three or four degrees, they will affect everyone.

In the more extreme scenarios, heat and water stress could reduce yields by 25% between 2030 and 2049.

The report acknowledged that there were a few isolated areas where a longer growing season had been good for farming. But it played down the idea that there may be advantages to climate change as far as food production is concerned.

Overall, the report said, “Negative impacts of climate change on crop yields have been more common than positive impacts.” Scientists and campaigners pointed to the finding as a defining feature of the report.

Other food sources are also under threat. Fish catches in some areas of the tropics are projected to fall by between 40% and 60%, according to the report.

The report also connected climate change to rising food prices and political instability, for instance the riots in Asia and Africa after food price shocks in 2008.

Bolt’s articles should come with a disclaimer: “Any resemblance to responsible factual reporting is purely coincidental.”