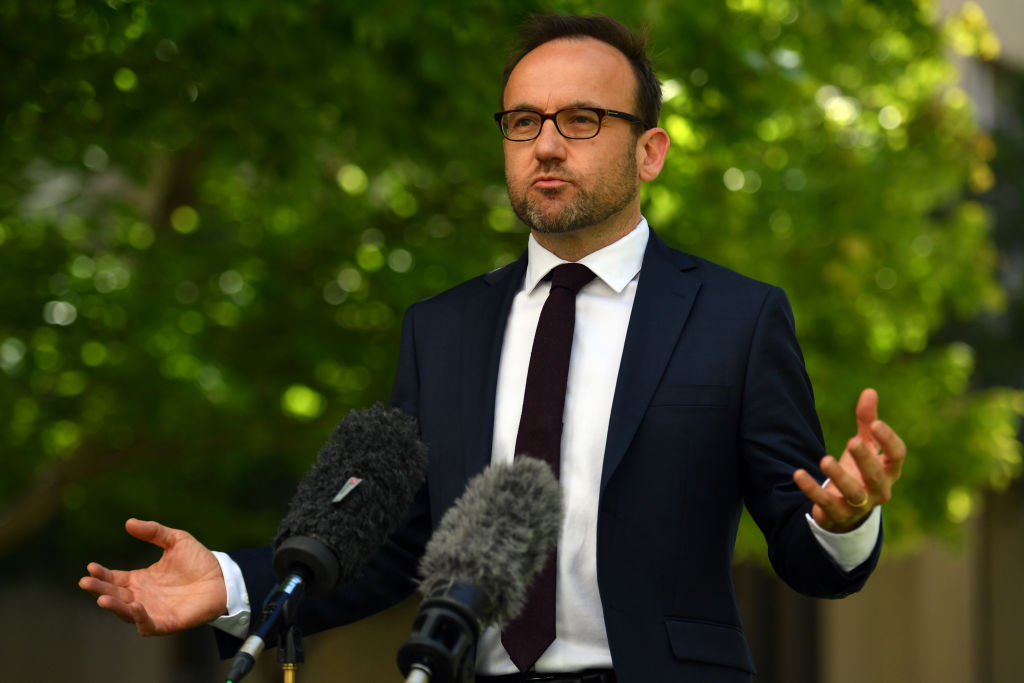 In Australian politics today, the neoliberal consensus seems unshakable. But the experience of the Curtin and Whitlam Labor governments shows the potential of progressive populism to deliver social change — a potential we can also glimpse in the recent growth of the Greens.

Source: Progressive Populism Has Transformed Australia Before — It Could Do It Again

Proactive is not a word that can be used to describe Tony Abbott – regressive would be a far more appropriate term. A comparison to another Prime Minister from 40 years ago shows just how far backwards Abbott wants to take us. Gough Whitlam introduced Medibank, the ancestor of Medicare, as Australia’s first national health…

Source: The visionary vs the wrecker – » The Australian Independent Media Network

Washington’s part in the overthrow of the Ukrainian Government would surprise few, writes John Pilger, however its secret role in toppling the Australian Government in 1975 is still not widely known.

The great game of dominance offers no immunity for even the most loyal U.S. “ally”.

This is demonstrated by perhaps the least known of Washington’s coups — in Australia. The story of this forgotten coup is a salutary lesson for those governments that believe a “Ukraine” or a “Chile” could never happen to them.

Australia’s deference to the United States makes Britain, by comparison, seem a renegade.

During the American invasion of Vietnam ‒ which Australia had pleaded to join ‒ an official in Canberra voiced a rare complaint to Washington that the British knew more about American objectives in that war than its antipodean comrade-in-arms.

The response was swift:

“We have to keep the Brits informed to keep them happy. You are with us come what may.”

This dictum was rudely set aside in 1972 with the election of the reformist Labor government of Gough Whitlam.

Although not regarded as of the left, Whitlam ‒ now in his 98th year ‒ was a maverick social democrat of principle, pride, propriety and extraordinary political imagination. He believed that a foreign power should not control his country’s resources and dictate its economic and foreign policies. He proposed to “buy back the farm” and speak as a voice independent of London and Washington.

On the day after his election, Whitlam ordered that his staff should not be “vetted or harassed” by the Australian security organisation, ASIO — then, as now, beholden to Anglo-American intelligence.

When his ministers publicly condemned the Nixon/Kissinger administration as “corrupt and barbaric”, Frank Snepp, a CIA officer stationed in Saigon at the time, said later:

“We were told the Australians might as well be regarded as North Vietnamese collaborators.”

Whitlam demanded to know if and why the CIA was running a spy base at Pine Gap near Alice Springs — ostensibly a joint Australian/U.S. “facility”.

Pine Gap is a giant vacuum cleaner which, as the whistleblower Edward Snowden recently revealed, allows the U.S. to spy on everyone.

In the 1970s, most Australians had no idea that this secretive foreign enclave placed their country on the front line of a potential nuclear war with the Soviet Union.

Whitlam clearly knew the personal risk he was taking, as the minutes of a meeting with the U.S. ambassador demonstrate. “Try to screw us or bounce us,” he warned, “[and Pine Gap] will become a matter of contention“.

Victor Marchetti, the CIA officer who had helped set up Pine Gap, later told me:

“This threat to close Pine Gap caused apoplexy in the White House. Consequences were inevitable… a kind of Chile was set in motion.”

The CIA had just helped General Augusto Pinochet to crush the democratic government of another reformer, Salvador Allende, in Chile.

In 1974, the White House sent Marshall Green to Canberra as ambassador.

Green was an imperious, very senior and sinister figure in the State Department who worked in the shadows of America’s “deep state”. Known as the “coupmaster”, he had played a central role in the 1965 coup against President Sukarno in Indonesia, which cost up to a million lives.

One of Green’s first speeches in Australia was to the Australian Institute of Company Directors, which was described by an alarmed member of the audience as

“… an incitement to the country’s business leaders to rise against the government.”

Pine Gap’s top-secret messages were de-coded in California by a CIA contractor, TRW.

One of the de-coders was a young Christopher Boyce, an idealist who, troubled by the “deception and betrayal of an ally”, became a whistleblower. Boyce revealed that the CIA had infiltrated the Australian political and trade union elite and referred to the Governor-General of Australia, Sir John Kerr, as “our man Kerr”.

In his black top hat and medal-laden morning suit, Kerr was the embodiment of imperium. He was the Queen of England’s Australian viceroy in a country that still recognised her as head of state. His duties were ceremonial; yet Whitlam ‒ who appointed him ‒ was unaware of or chose to ignore Kerr’s long-standing ties to Anglo-American intelligence.

The Governor-General was an enthusiastic member of the Australian Association for Cultural Freedom, described by Jonathan Kwitny of the Wall Street Journal in his book, The Crimes of Patriots, as:

‘… an elite, invitation-only group … exposed in Congress as being founded, funded and generally run by the CIA ….

‘[The CIA] paid for Kerr’s travel, built his prestige [while]… Kerr continued to go to the CIA for money.’

In 1975, Whitlam discovered that Britain’s MI6 had long been operating against his Government.

“The Brits were actually de-coding secret messages coming into my foreign affairs office.”

One of his ministers, Clyde Cameron, told me:

“We knew MI6 was bugging Cabinet meetings for the Americans.”

In interviews in the 1980s with the American investigative journalist Joseph Trento, executive officers of the CIA disclosed that the “Whitlam problem” had been discussed “with urgency” by the CIA’s director, William Colby, and the head of MI6, Sir Maurice Oldfield, and that “arrangements” were made.

A deputy director of the CIA told Trento:

“Kerr did what he was told to do.”

In 1975, Whitlam learned of a secret list of CIA personnel in Australia held by the Permanent Head of the Australian Defence Department, Sir Arthur Tange — a deeply conservative mandarin with unprecedented territorial power in Canberra.

Whitlam demanded to see the list. On it was the name, Richard Stallings who, under cover, had set up Pine Gap as a provocative CIA installation. Whitlam now had the proof he was looking for.

On 10 November, 1975, Whitlam was shown a top secret telex message sent by ASIO in Washington. This was later sourced to Theodore Shackley, head of the CIA’s East Asia Division and one of the most notorious figures spawned by the Agency. Shackley had been head of the CIA’s Miami-based operation to assassinate Fidel Castro and Station Chief in Laos and Vietnam. He had recently worked on the “Allende problem”.

Shackley’s message was read to Whitlam. Incredibly, it said that the prime minister of Australia was a security risk in his own country.

The day before, Kerr had visited the headquarters of the Defence Signals Directorate, Australia’s NSA, whose ties to Washington were ‒ and reman ‒ binding. He was briefed on the “security crisis”. He had then asked for a secure line and spent 20 minutes in hushed conversation.

On 11 November ‒ the day Whitlam was to inform Parliament about the secret CIA presence in Australia ‒ he was summoned by Kerr. Invoking archaic vice-regal “reserve powers”, Kerr sacked the democratically elected prime minister.

The problem was solved.

Gough Whitlam created Medibank as a key policy proposal in 1972. It gave Australians free access to hospitals and a range of medical services. The heart of the proposals are now seen in the scheme known as Medicare.

2. Scrapping university fees for a generation of students.

Gough Whitlam removed fees for universities in 1974 seeing a huge increase in the number of Australians receiving tertiary education.

Gough Whitlam returned the traditional lands of the Gurindji people to Vincent Lingiari in 1975. He poured the red dirt into his hands signaling the returning of the Wave Hill Station.

Gough Whitlam enacted the Racial Discrimination Act in 1975, making it illegal to discriminate in Australia based on ethnicity or country of origin.

5. A diplomatic relationship with China.

Gough Whitlam was the first Australian Prime Minister to visit China, with Prime Minister Abbott crediting him with creating the modern relationship.

Gough Whitlam was the first world leader to appoint a dedicated adviser for women’s affairs, when he gave the position to Elizabeth Reid in 1973.

Gough Whitlam announced all Australian troops would be withdrawn and by 1973 he officially ended involvement in the Vietnam War.

Gough Whitlam brought an end to conscription in the early days of his government and those who had been jailed for refusing to join the army were released.

Gough Whitlam abolished the death penalty for federal crimes in 1972 and it hasn’t been back since.

Gough Whitlam created the Australian Legal Aid Office in 1973 with an office in each state in the country providing state money for those who need legal representation.

Gough Whitlam announced a national competition for a new anthem to replace “God Save The Queen” in 1972. After public polls and votes, “Advance Australia Fair” became the new anthem in 1984.

12. The Order of Australia.

Gough Whitlam created the system of national decorations known as the “Order of Australia” in 1975, seeing the scrapping of the old titles of “Knights” and “Dames”. Of course the imperial titles were re-instituted by the current Abbott Government this year.

The National Archives of Prime Ministers / Via primeministers.naa.gov.au

Gough Whitlam ratified the World Heritage Convention in 1974 which gave the government the power to protect environmental sites designated significant by UNESCO.

Gough Whitlam lead the charge to lower the voting age to 18, which was brought about in 1973.

Gough Whitlam started 2JJ in 1975 just before being dismissed from government. It spawned into a national youth radio network now known as Triple J.