Israeli Jews protest with Palestinians standing in front of them, knowing that if they didn’t they would get shot. Israel claims to be a Liberal Democracy but it shoots journalists and jails those that strive for truth and justice. In 2022 the world can rely on the fact that Israel is not what it presents itself to be and certainly not what it once was when the world supported it during the the 6 Day War in 1967. Israel isn’t even a shadow of what it once was.

Thirty-one-year-old Ghofran Warasnah was shot dead by the Israeli occupation forces located at the entrance of Al-Arroub Palestinian refugee camp near Hebron. Ghofran was a Palestinian journalist who was heading to work. According to reports paramedics were barred from reaching her for 20 minutes and the ambulance carrying her dead body was attacked by Israeli forces. This brings to mind the murder of Shireen Abu Akleh.

Source: Why does the world allow Israel to continue its oppression of Palestinians? 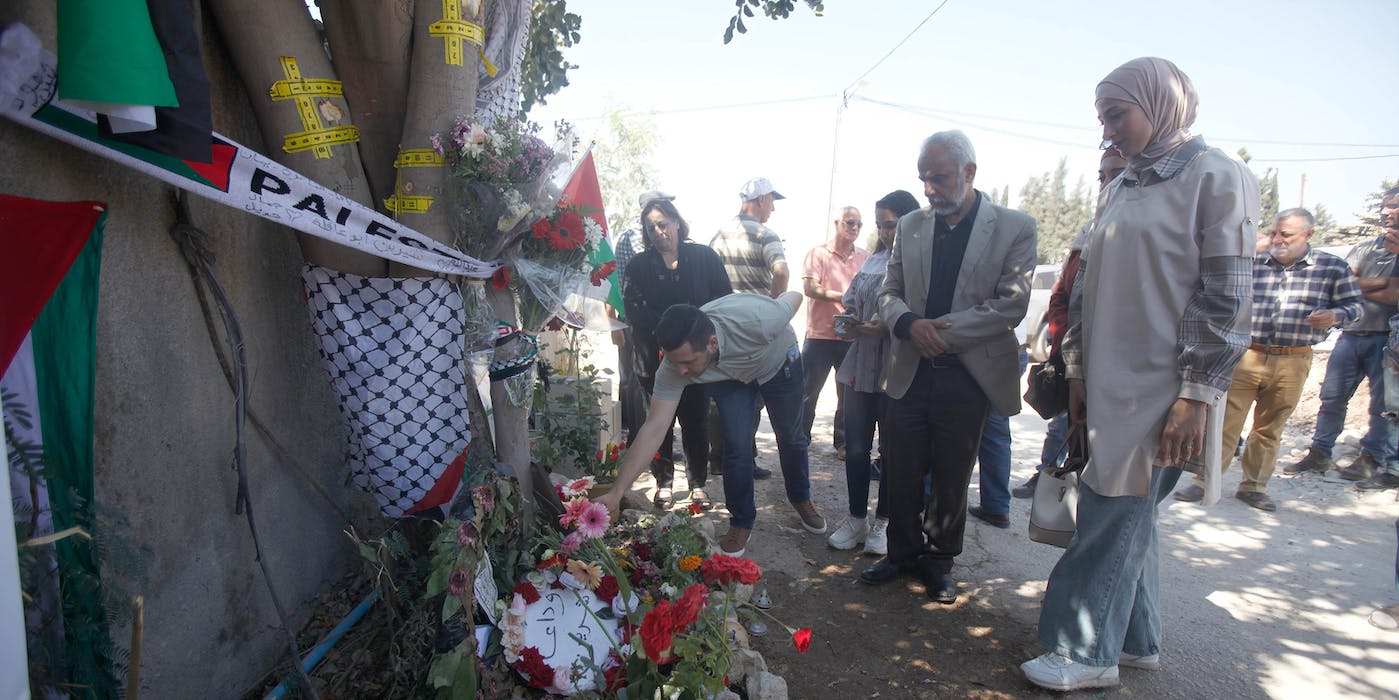 Israel won’t investigate soldiers who fired in the direction of Shireen Abu Akleh, even though new evidence undermines their account of what happened. Robert MackeyRobert Mackey May 20 2022, 3:39 a.m.

While there is still much focus on the extrajudicial killing of Palestinian-American journalist, Shireen Abu Akleh, calls for justice will remain resonant, at least presently. However, Israel has perfected its tactics of denial and impunity. The international community has not gone beyond its usual statements and Israel has already got away with the assault on Abu Akleh’s funeral at the time, despite the repugnance it evoked. US Secretary of State, Antony Blinken’s glossing over Israeli violence by reframing it as an intrusion is ample proof of what Israel expects and what it receives.

Regardless of what violation Israel commits and on what scale, there is always a corresponding value of impunity which the settler colonial enterprise establishes and the international community approves of.

Source: International Silence over Israel’s media Repression is also an Attack on the Palestinian Narratives 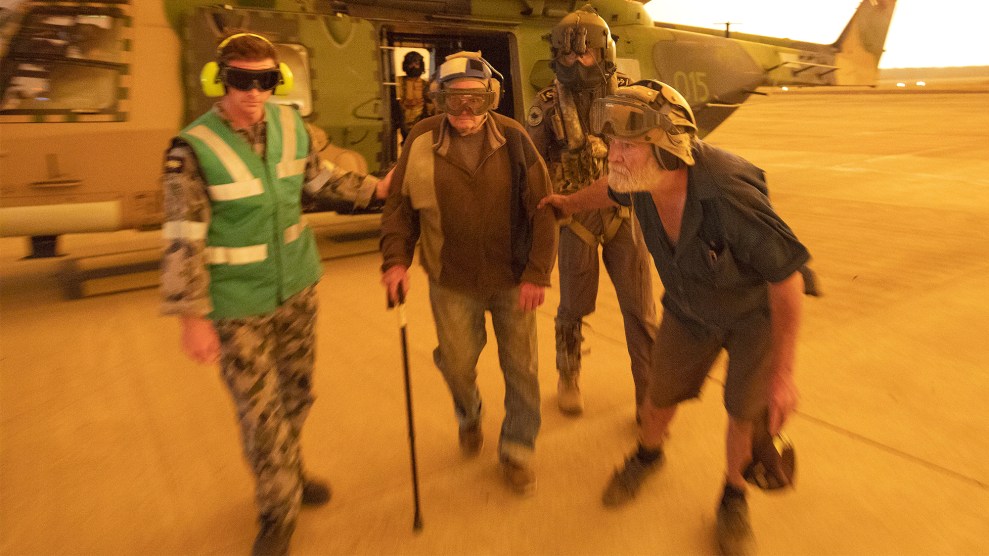 “It’s a vision of the future”

via Australia’s Wildfire Catastrophe Isn’t the “New Normal.” It’s Much Worse Than That. – Mother Jones 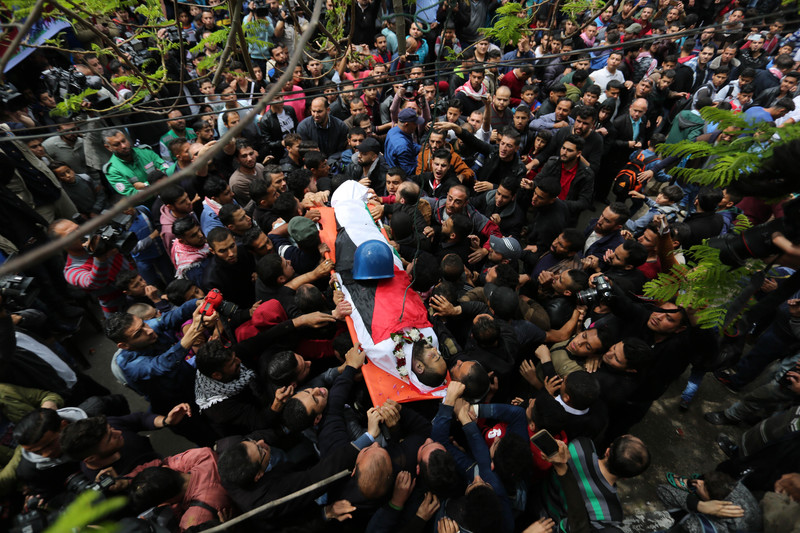 Thirty-five Palestinians, including four children, have been killed during the protests that are set to culminate around the 15 May commemoration of the Nakba – the ethnic cleansing of the lands on which the state of Israel was declared in 1948.

“These horrific casualty figures – the 35 Palestinians killed and 1,500 injured by live ammunition – are the predictable outcome of the manifestly illegal rules of engagement implemented during the demonstrations, of ordering soldiers to use lethal gunfire against unarmed demonstrators who pose no mortal danger,” B’Tselem director Hagai El-Ad stated in a letter to UN Secretary-General António Guterres.

“Like so many other Palestinians in Gaza, it is highly likely that they never had a chance to leave the small patch of land – roughly half the size of New York City – which is the Gaza Strip,” El-Ad added.

“They lived their lives without any political rights, devoid of any hope for a reasonable future, totally subject to the decisions and policies of the Israeli government.”

El-Ad pointed to Israel’s political leadership, in particular Prime Minister Benjamin Netanyahu and Defense Minister Avigdor Lieberman and the army chief of staff, for “responsibility for these fatal outcomes.”

via “Gaza is about to explode,” warns UN envoy | The Electronic Intifada 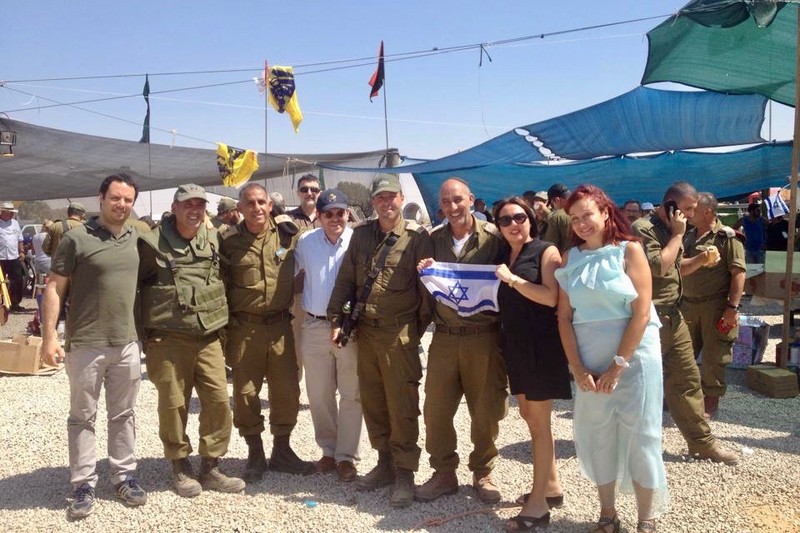 While Israel was slaughtering 11 children a day in Gaza in summer of 2014, B’nai B’rith Europe sent a “solidarity mission” to the soldiers doing the killing. The Israel lobby group is now giving a “Human Rights Prize” to a high-profile EU official. (via Facebook)

A high-profile European Union official says she is “deeply honored” to receive an award from a group that supports Israel’s illegal settlements in the occupied West Bank and war crimes in Gaza.

Why is the European Union pretending not to see how Israel is deliberately killing civilians in the occupied Gaza Strip?

This brought to more than 30 the number of Palestinians killed by Israel in its violent suppression of the Great March of Return rallies that began on 30 March and are planned to continue until Nakba Day, the 15 May commemoration of the 1948 ethnic cleansing of Palestine.

The victims include four children and a journalist.

Thousands more have been injured, more than 1,600 by live ammunition that has caused devastating injuries likely to leave them with lifelong disabilities.

Two weeks ago, the International Criminal Court chief prosecutor warned Israeli leaders that they could end up on trial for this violence against civilians.

But as I told The Real News on Friday, the coddling and rewards Israel receives, particularly from the United States and the European Union, means that Israeli leaders feel completely immune and are continuing to carry out these killings. 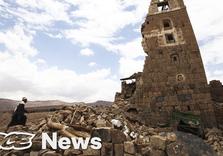 Saudi Arabia and its allies bombed indiscriminately. A third of their targets have been civilian buildings like schools or hospitals or key civilian infrastructure like bridges. Perhaps half the people they’ve killed have been civilian non-combatants, including children.

Also deadly have been the public health effects of the war.

The numbers on the Saudi-led Yemen War are apocalyptic, worse even than Syria.

The total number of people in need of humanitarian assistance in Yemen is 22.2 million – or 76% of the population – including 11.3 million children.

The Saudis and allies have hit Yemen with 15,000 airstrikes.

8,700 civilians have been killed

50,000 civilians have been wounded

1.9 million children are not in school, and both sides have recruited children, some as young as ten, as fighters

11.3 million children need humanitarian assistance, with many on the verge of going hungry.

All in all, 22.2 million Yemenis of all ages need humanitarian assistance, 3/4s of the population.

There have been a million cholera cases and there is the threat of another outbreak.

via Apocalyptic Numbers: The Saudi-Trump War on Yemen | Informed Comment