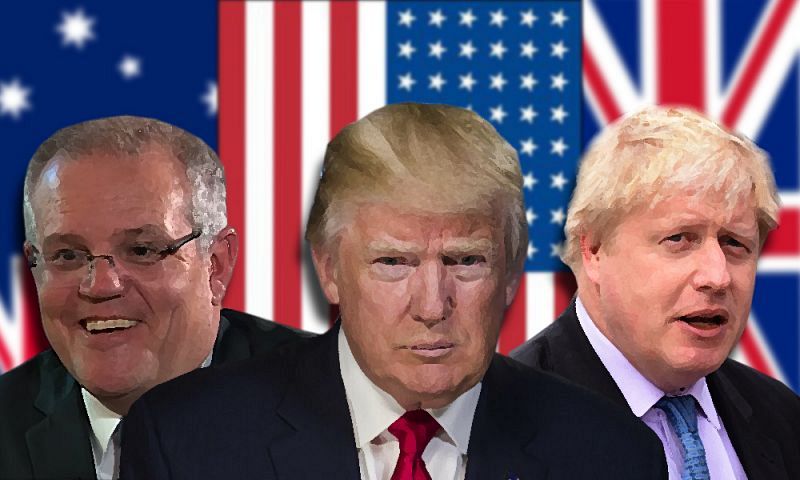 BRITAIN NOW HAS the most far-Right Government in its history with the ascension of Boris Johnson to Prime Minister. Johnson is the epitome of a Monty Python, upper-class twit but with more than a touch of thuggish bully. The UK press has given Johnson the moniker “BoJo” which is frighteningly similar to the moniker given to our very own far-Right ScoMo.

However, the similarities between Morrison and Johnson’s rise to the top go a lot further — both are part of a drive to install far-Right governments to advance the interests of U.S. imperialism. In both cases, the Murdoch press played a significant role in destabilising their predecessors.

Journalist Anthony Hilton claims Murdoch explained he was so opposed to the EU because:

“When I go into Downing Street they do what I say; when I go to Brussels they take no notice.”

A faction of the U.S. ruling class has decided the answer to the connected crisis of a struggling economy and rising social inequality domestically and declining power abroad is fascism. They are now attempting to reorganise the world to achieve this goal.

via ScoMo to BoJo — how the U.S. far Right is reshaping the world