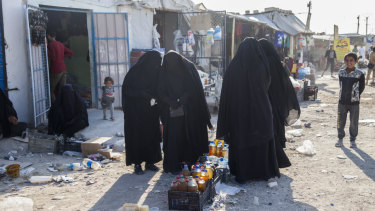 Get us money or get us out of here,” the message from the desperate Russian Islamic State bride read. Writing in one of their encrypted Telegram groups, the women of al-Hawl detention camp in north-east Syria were trying to mobilise friends and family on the outside to organise a prison break.