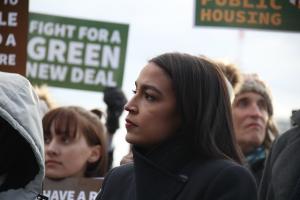 It’s been the same here in Australia. Morrison did it in the hope of political gain with Deves. Pentecostalists have entered Politics and are spreading hate. The only reason we haven’t seen a mass shooting is because of our gun control laws and the level of tolerance and inclusion due to multiculturalism in this country. The LNP have simply tried to Americanise our politics and will continue to do so if Peter Dutton is an indication. He went straight to America after being nominated Opposition leader in parliament.

AOC is right. This entire year has seen Republicans and their media agitators and MAGA supporters develop horrific conspiracies against the LGBTQAI+ community in order to gain political power. Revving up the hatred against “the Left” who only want tolerance and welcoming for all people.

It’s been sickening to witness.