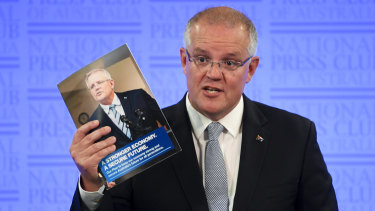 Scott Morrison is bringing the Cronulla Riots back and direct to you. He’s going to scare the shit out of the electorate and pump Team Australia at the expense of over half the population. Trump is coming to Australia without the comedy (ODT)

No time for something as nuanced even as John Howard’s wily “alert but not alarmed”. PM Morrison and his booklet went straight for the frighteners.

Morrison’s “plan” boiled down to this: the world outside your front door crawls with peril and horror, but so long as Australians re-elected him and rejected Labor and Shorten (who, of course, would weaken borders and go soft on everything else and leave the nation dangerously exposed to who knew what), he’d keep them safe.

Federal election 2019: Tony Abbott in the fight of his life in Warringah