The digital advertising platforms don’t just want our data. They also want us to spend our lives online, an “addiction” created for the primary purpose of serving advertisers. Manal al-Sharif reports on the pitfalls of “digital dictatorship” in this latest of her Tech4Evil series. 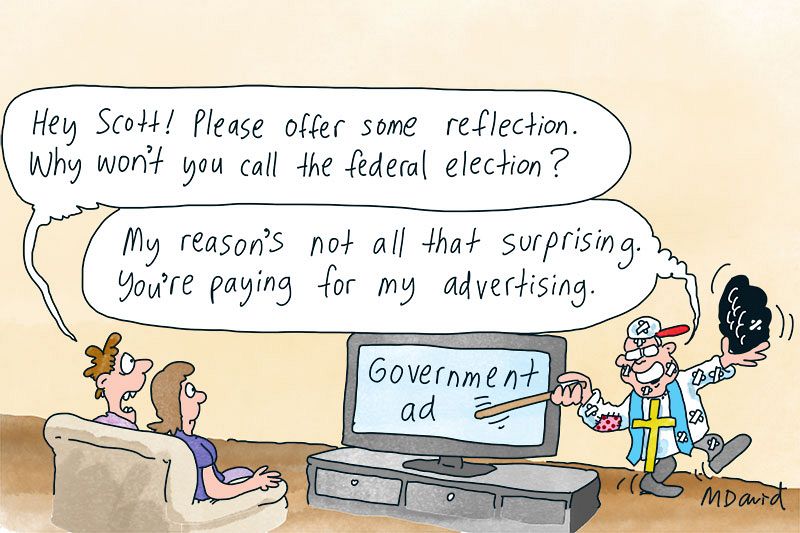 Media Profits, Governmet Profits, It’s we that are the Losers it’s our money they are spending (LNP)

Opposition Leader Bill Shorten said on the weekend (6-7 April) the Government had delayed its announcement on the election date hoping to get some help from the ads – running at over $200 million for just over a year, or $600,000 a day.

The commercials “authorised by the Australian Government” are hard to miss and convey much information, but they have to end once the election is called — and it’s a question of whether they change anybody’s voting plans in the meantime.

via ELECTION 2019: Putting a price on the media campaigns