The $2,000 survival checks for all Americans would immediately deliver enormous benefits to the millions facing eviction, starvation, and bankruptcy. The case against those checks that is currently being argued by Joe Manchin and Mitch McConnell is bogus. 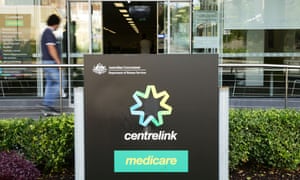 Figures show complaints about the agency jumped by more than 50,000 in the past financial year alone 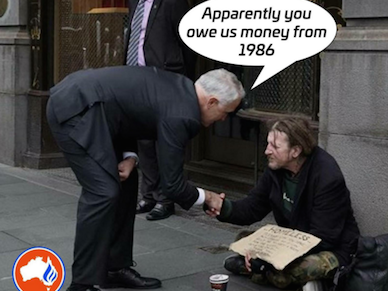 Source: Centrelink is working to plan: To drive low income people to despair

Kevin Andrews has ordered the reassessment of all disability claims made by people under 35. Photograph: Martin Godwin

Family doctors will no longer be able to assess their patients’ disability claims, in a new policy aimed at cracking down on the misuse of welfare payments.

Claims for the disability support pension (DSP) must now be assessed by commonwealth-appointed doctors, the social services minister, Kevin Andrews, announced on Friday.

The move will apply to new DSP claims, starting from 1 January.

“This will lead to more efficiency and more consistency, more equity in terms of granting the DSP,” Andrews said on Friday. He said the policy would encourage more people into work.

The government received about 2,000 DSP claims a week, Andrews said.

In the past financial year, 411 people were found to have dishonestly claimed disability benefits, worth $9.5m.

Andrews has ordered the reassessment of all disability claims made by people under 35. Of the 16,000 under-35s who receive the payment, half were deemed able either to work for more than eight hours a week, or to engage in work-for-the-dole programs or work experience.

“We believe that having work is meaningful for people, important for them and their families,” Andrews said. “There’s the whole network of services through the job network and that’s aimed at helping people get back into work.”

Doctors’ groups said accurate assessments of disability could be made only by people who knew the patient’s medical history.

Dr Stephen Parnis, the vice-president of the Australian Medical Association, said there were advantages to having continuity of care.

Parnis said the AMA was broadly supportive of the government’s intent to make sure taxpayer dollars were not wasted, but has warned against introducing more red tape for medical providers.

He wanted the government to ensure the commonwealth-appointed doctors communicated and collaborated with patients’ family doctors to fully understand their medical history and to “minimise adverse decision-making”.

The shadow treasurer, Chris Bowen, called the new assessment scheme “a thought bubble” and said the government should release the cost of the policy in next week’s mid-year economic forecast.

“Every couple of months when the government is in need of a distraction, [Andrews] trots out a thought bubble about the disability pension,” Bowen said.

The president of People with Disability, Craig Wallace, said assessing disabilities could be complex. “Conditions can present fine on one day, and people may be unable to work on another day,” he said.

Wallace said he was concerned people who were forced into work might not be able to perform due to their condition, and could then lose their jobs and be pushed onto the Newstart allowance, which is lower than DSP payments.

He questioned the timing of Andrews’ announcement. “[It is] frightening vulnerable people in the lead-up to Christmas,” he said.

A wide-ranging review of the welfare system, the McClure report, would be released to the government in the next fortnight, Andrews said.

The UK implemented a similar scheme in 2008 under which government-appointed doctors assessed a claimant’s fitness for work. The policy was panned by a committee of MPs as “crude” and “inaccurate”, and critics said it locked out genuine claimants by making benefits even harder to get.

On Friday the Australian Press Council ruled that the front-page treatment of a story on DSP recipients in Sydney’s Daily Telegraph breached its standards on accuracy and fairness and was offensive in its implication that DSP claimants were “slackers”.

The council ruled the treatment implied that a high proportion of DSP recipients were not entitled to the benefit. The implication that they were slackers was “offensive to an extent not justified by the public interest”, its ruling said.