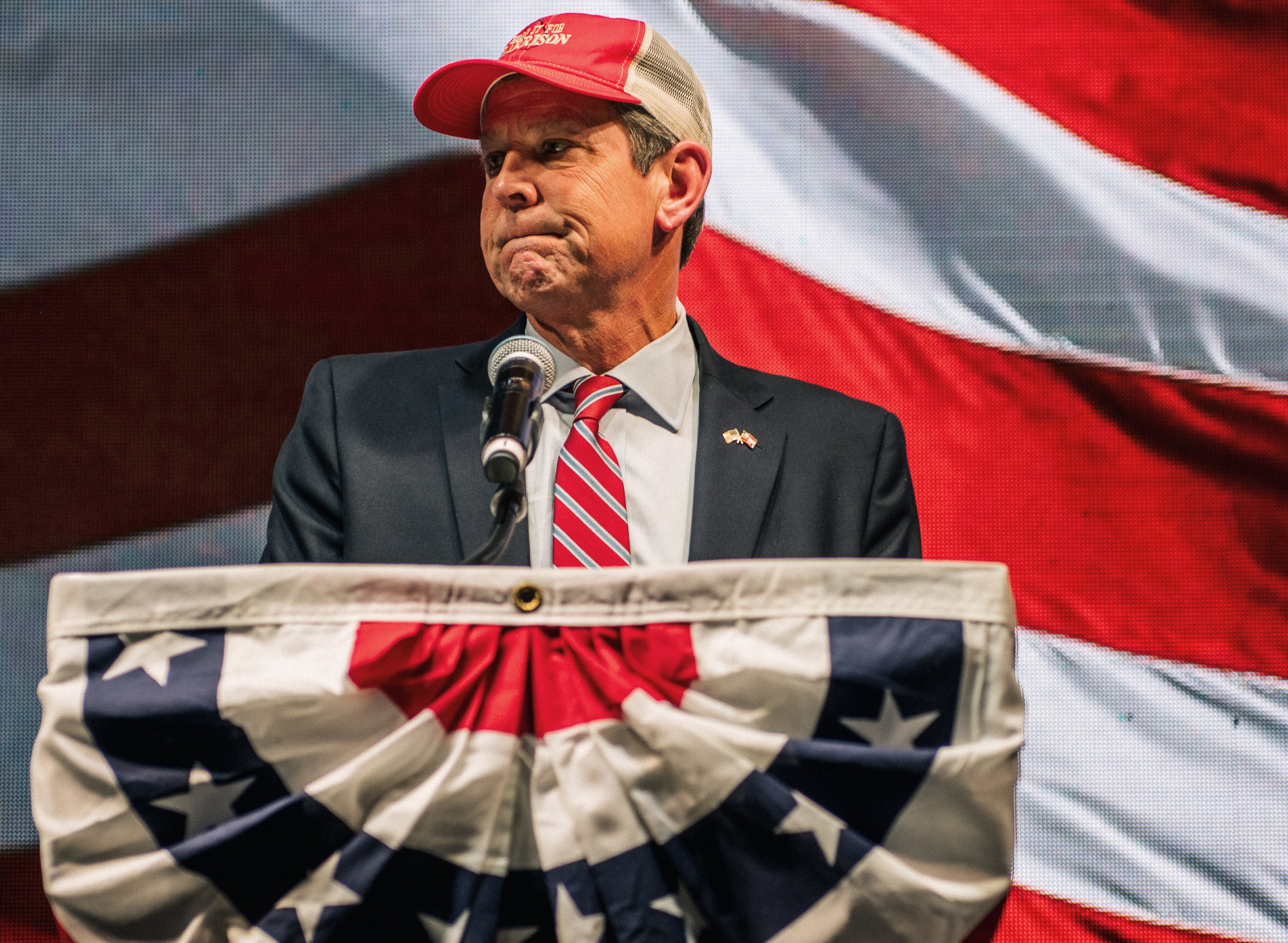 The odious Trump once smugly observed that “I could stand in the middle of 5th Avenue and shoot somebody and I wouldn’t lose voters.” When it comes to the Republican base, he was clearly correct. The opinion polling shows that registered Republicans still overwhelmingly support Trump even after he unleashed a mob on the Capitol in a way that resulted in the murder of policeman Brian Sicknick. What Trump did not imply, and what no one could have foreseen, was that even the man he shot would continue to vote for him. The 43 Republican senators who voted to acquit Trump were in mortal danger of their lives on January 6, and had they been evacuated only a few moments later than they were, some of them would likely have been taken hostage. We know that behind the scenes the Republican senators are furious at the former president for so endangering them, and that they talk dirty about him among themselves. And yet. And yet.

Who were the Republican Senators afraid of when they Acquitted their own attempted murderer?

This agreement received predominantly high praise because it represents the world’s two biggest net carbon polluters taking a leading role in committing to tackle the threats posed by human-caused global warming. China in particular is often used as an excuse by those in the United States and around the world who oppose taking steps to slow global warming.

With the announcement of this agreement, the Chinese president has agreed that his country must begin the process of slowing the growth of and eventually reducing its carbon pollution. The common refrain “nothing we do matters unless China acts” is moot.

However, Republican House Majority Leader John Boehner and soon-to-be Senate Majority Leader Mitch McConnell were among the few who issued negative public statements about the climate agreement. McConnell in particular badly misunderstood the practical consequences of the Chinese and American carbon pledges, saying,

As I read the agreement it requires the Chinese to do nothing at all for 16 years while these carbon emissions regulations are creating havoc in my state and around the country,

Senator McConnell misunderstood the Chinese target of reaching peak carbon pollution levels by 2030 as a pledge to “do nothing.” In reality, China has been developing rapidly with hundreds of millions of citizens rising out of poverty, thus demanding more energy. Much of that demand has been met with new coal power plants; China has added one and a half times the entire US coal power plant fleet in just the past decade. As a result, Chinese carbon pollution has been rising fast.

China could not meet its climate pledge by maintaining business-as-usual (BAU) and doing “nothing.” Quite the opposite; curbing those rising carbon emissions as China’s economy continues to grow will require substantial effort. That’s why President Xi also pledged that 20% of the country’s energy would come from low-carbon sources by 2030.

In comparison, the United States will have a relatively easy time meeting the pledge made by President Obama. US carbon pollution is already about 10–15% below 2005 levels and falling by about 1.5% per year. Achieving the target of 26–28% emissions cuts below 2005 levels by 2025 will only require continuing the current rate at which American carbon pollution is already falling.

…the latest example of the president’s crusade against affordable, reliable energy that is already hurting jobs and squeezing middle-class families

However, President Obama simply pledged that America’s carbon pollution would continue to fall. How those emissions cuts are achieved is open for debate, and studies have shown there are ways to cut carbon pollution while growing the economy, creating jobs, and helping the middle class.

Unfortunately, the comments made by Republican congressional leaders McConnell and Boehner signal that they’re more interested in finding ways to increase coal and oil consumption and making global warming worse than they are in finding economically beneficial ways of tackling this problem.

Recent research has shown that a majority of Republicans accept the reality of human-caused global warming when they realize there are free market solutions available, but about two-thirds of Republicans reject the science when they think the solution requires government regulation.

From Campbell and Kay, “Solution Aversion: On the Relation between Ideology and Motivated Disbelief,” Journal of Personality and Social Psychology, 2014, Vol. 107, No. 5, 809–824. Published by the American Psychological Association, reprinted with permission.
Hence Boehner and McConnell frame the issue as requiring harmful government regulations. Ironically, free market climate legislation could replace the current EPA greenhouse gas regulations, if congressional Republicans were willing to propose and/or support such legislation. So far, all indications suggest that Boehner and McConnell would rather unsuccessfully fight against EPA regulations than propose replacing them with a free market alternative.

In any case, McConnell and Boehner got the facts wrong in their criticisms of President Xi and President Obama’s climate agreement. It’s China who have committed to a dramatic change from their current carbon emissions path, and America could meet its pledge relatively easily with a free market solution that would benefit the economy and create jobs, if Republicans in Congress would allow it.