Lurking, as it always does in these situations, is the Australian example. The right to asylum is vanishing before the efforts of bureaucrats and border closing populists. The UN Refugee Convention, like other documents speaking to freedoms and rights, is becoming a doomed relic. Asylum-seekers aren’t only fleeing danger, traveling sometimes thousands of miles, and struggling against an administration determined to restrict their access to protection. They are also struggling against front-line agents rewriting their stories.

One asylum-seeker interviewed by Human Rights Watch said that the CBP agent who interviewed her never asked her about fearing return. “He just looked me up and down and said, ‘You’re here to work, I’m writing that you’re here to work. I don’t want to hear anything about you saying you’re afraid.’” In any context, the rewriting of another person’s story is a violation. For asylum-seekers, their story may be their only key to survival.
Wait! Before you go on about your day, ask yourself: How likely is it that the story you just read would have been produced by a different news outlet if The Intercept hadn’t done it? In June a third asylum seeker or refugee died by suicide on Nauru, and comes only three weeks after a Rohingya refugee on Manus Island killed himself.

Twelve people have died from injuries or illness sustained in offshore processing centres since the facilities were reopened in late 2012.

A spokesman for Australian Border force said: “the department is aware of the death in Nauru today, 15 June 2018. Further enquiries should be referred to Nauruan authorities”. Nauruan authorities advised that : “it is Australia’s responsibility, it happened in their camp”.
The apparent confusion over who is responsible for those detained on Nauru (and Manus) has been carefully and intentionally nurtured by Peter Dutton to the extent that even today the Nauru government are being blamed for defying an Australian court order and blocking the medical evacuation of a refugee requiring urgent treatment for post-traumatic stress and a major depressive order. This is despite the Australian Federal Court finding that the failure to transfer the woman left Home Affairs Minister Peter Dutton and the Australian government in breach of court orders previously made.

There is something seriously wrong on Nauru and the Department for Home Affairs and despite there being no effective rule of law on the island we can anticipate that once these people have been released and settled in a third country we will face a massive class action for unlawful detention – as was the case with the Manus detainees that cost the Australian taxpayer seventy million dollars in damages plus costs – and further payouts probably well after Dutton is just a nasty memory and a stain on our body politic.

via All is not well on Nauru and we are being hoodwinked ! – » The Australian Independent Media Network 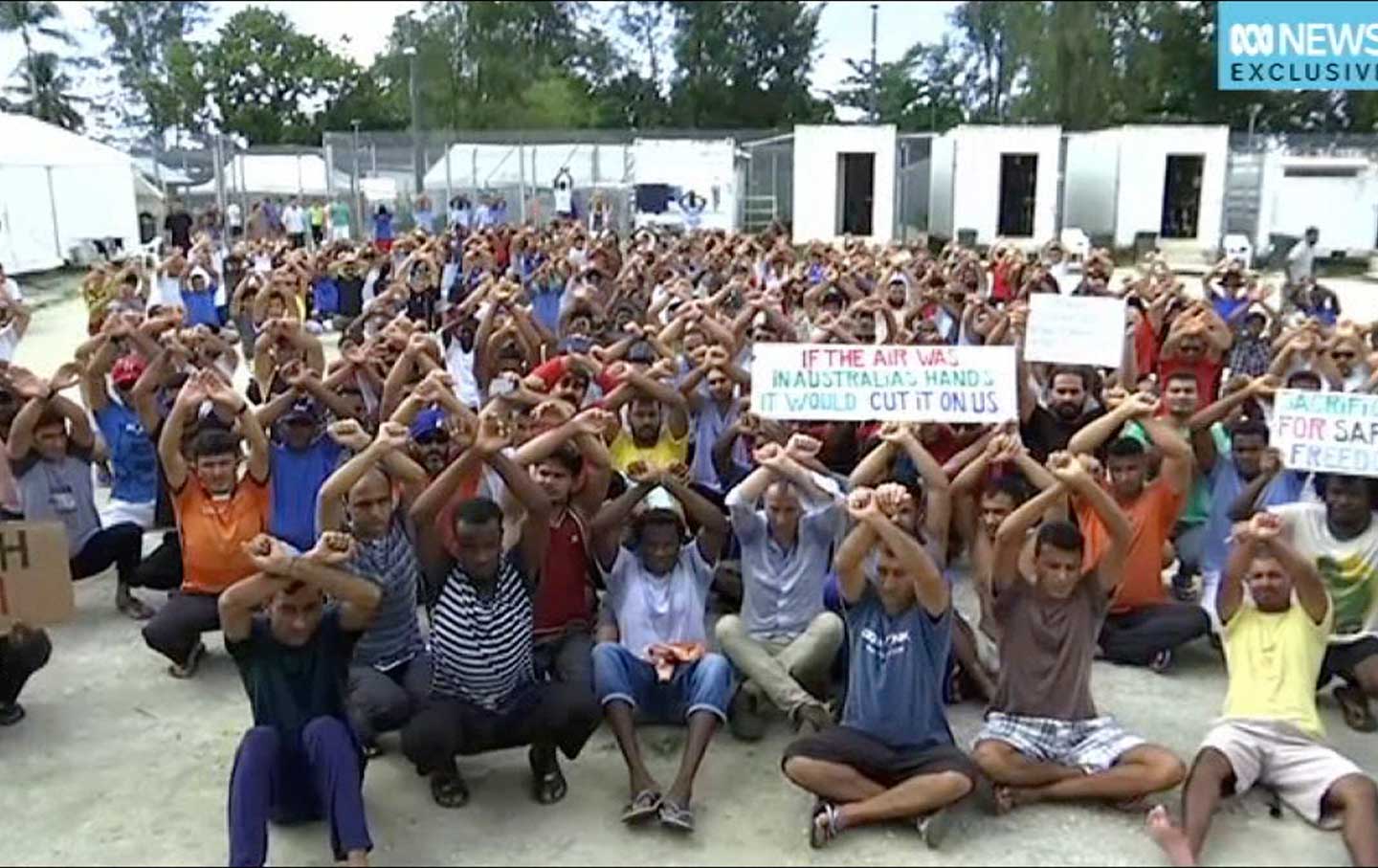 Australia the first since WW2 to lead the way. WW2 was fought in the name of liberation from tyranny. Australia turned it’s back and in shame and turned it’s back on  accords it signed regarding the international rights of Asylum. It turned it’s backs on it’s own dead soldiers who fought for freedom and it forgot the meaning of Anzac day. (ODT)

Soon after President Trump assumed office in January 2017, he had a phone call with Australian Prime Minister Malcolm Turnbull. The transcript of the conversation, leaked in August, revealed that the new US president admired his Australian counterpart because Turnbull was “worse than I am” on asylum seekers. Turnbull had proudly stated, “If you try to come to Australia by boat, even if we think you are the best person in the world, even if you are a Nobel Prize–winning genius, we will not let you in.”

Dimitria Groutsis and Diane van den Broek 12:00 AM   Further evidence is emerging to challenge the view of asylum seekers as a drain on society.