Donald Trump is the present spokesman for this derangement, the fear’s instrument and its preposterous embodiment. Trump is a racist, an ignoramus, a huckster and a creep. The human face of our US ally is contemptuous of human rights, the free press and any democratic norm or diplomatic protocol that doesn’t suit him, or which he thinks can be trashed to his political advantage. In addition to the trade war he recently started, the US under Trump’s “America First” banner has handed China undreamed of high ground and momentous strategic gifts by retreating from its role as Asia’s security provider. The Trans Pacific Partnership on which Australian governments set so much store, Trump knocked on the head. He flirts with authoritarian thugs while attacking, mocking and undermining democratic allies and institutions of the so-called rules-based international order. He has demolished truth, or what was left of it. He may even be Vladimir Putin’s stooge.

All the way with Donald J? | The Monthly 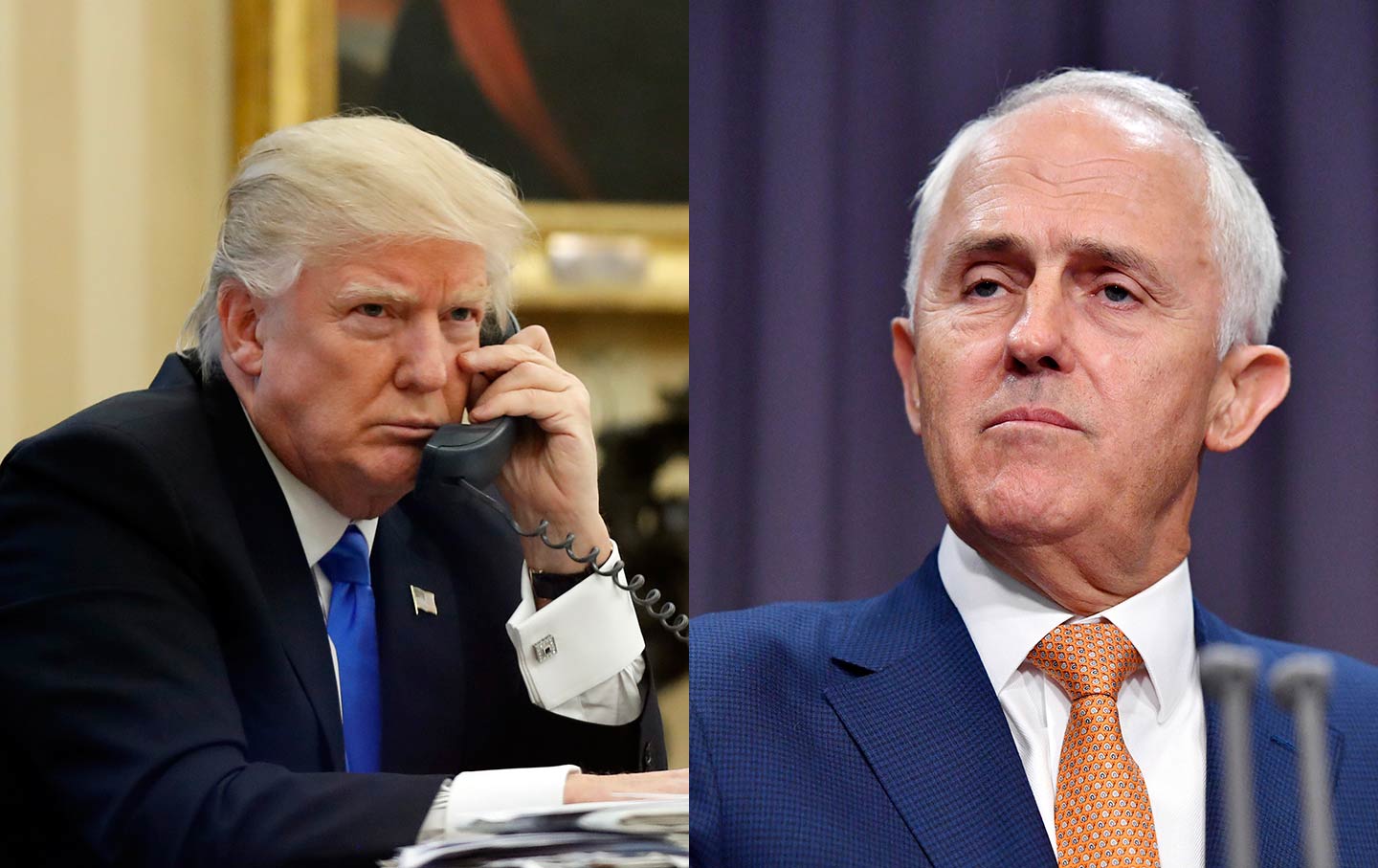 It should have been one of the most congenial calls for the new commander in chief — a conversation with the leader of Australia, one of America’s staunchest allies, at the end of a triumphant week.

An Australian woman has been arrested and jailed in Abu Dhabi in the United Arab Emirates for “writing bad words on social media”, the ABC reports.

Jodi Magi, aged 39, posted a photo to Facebook she had taken of a car parked across two disabled parking spaces outside her apartment in Abu Dhabi.

She blanked out the licence number and did not post any identifiable detail, according to the ABC’s PM program on Monday night.

But a complaint landed Ms Magi in an Abu Dhabi court, where she was found guilty of “writing bad words on social media about a person” and told she would be deported.
Advertisement

“I have zero idea [what I have done wrong]. I used the internet,” Ms Magi told the ABC.

The photo appeared to have been removed from Ms Magi’s Facebook page.

Ms Magi tried to voluntarily deport herself in early July and pay the roughly $3600 fine, but local authorities refused, until she presented herself at court.

When she arrived at court to pay her fine she was arrested and jailed.

“No one’s talking to me. No one’s telling me what’s going on,” she told the ABC from the back of a police van.

“…they were about to put me in male lock-up and then they turned me away and no one knows what to do with me.

It is not known how long Ms Magi will be held by Abu Dhabi authorities.

According to her blog, Ms Magi spent time as a graphic designer in Perth and Melbourne before moving to Abu Dhabi in 2012. She wrote that she has been teaching local Emirati women graphic design, and working on her own art projects. 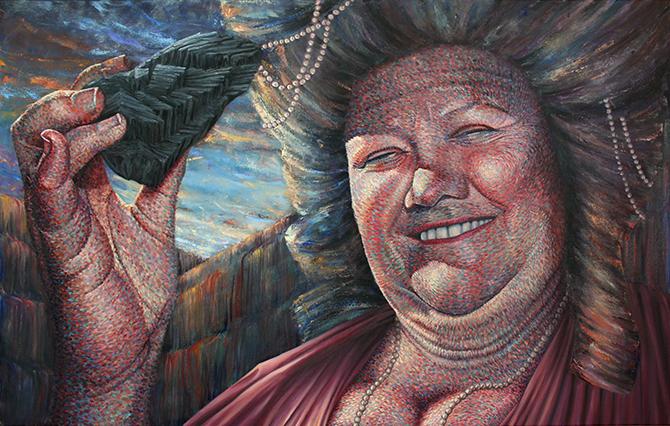 Ms Magi is not the first expat to be arrested in the UAE for comments or images posted online. An American man was jailed for posting a video to YouTube that parodied Dubai teens’ adoption of hip hop culture, while another American man faced imprisonment for a Facebook post criticising his employer and Arab people. The charges in the latter case were eventually dropped.

Human rights groups including Amnesty International and Human Rights Watch have condemned the lack of freedom of expression in the United Arab Emirates, a situation that is worsening thanks to a wide-ranging 2012 crackdown on ‘cybercrime’ affecting both expats and nationals.

“The image that people have of Dubai and Abu Dhabi is at odds with the reality, I think of the situation there. These are highly repressive, increasingly repressive, states,” said Nicholas McGeehan, Human Rights Watch researcher on the UAE.

“Unfortunately they have reacted to the rise of social media and high penetration of smartphone use and internet use in the UAE by enacting even more repressive laws.”

It is not known precisely what charges Ms Magi faces in the UAE.

Drewery Dyke, a member of Amnesty International’s UAE team, said it was possible the arrest was in relation to Article 21 of the 2012 Cyber Crime law, which specifically forbids using “a computer network or and electronic information system or any information technology means for the invasion of privacy of another person” as well as for “amending or processing a record, photo or scene for the purpose of defamation of or offending another person or for attacking or invading his privacy”.

These offences are punishable by both imprisonment of at least six months or a year respectively, as well as a fine.

The 2012 laws also made it an offence to use the internet or technology to criticise the state and its rulers, or organise peaceful demonstrations.

They tend not to do it

The Department of Foreign Affairs said it was continuing to provide consular assistance to an Australian woman detained in Abu Dhabi.

But Ms Magi said the local Australian embassy had provided no assistance to her, other than to recommend she get a lawyer.

“To put a case like this forward in what might be a capricious commercial environment, that may, however notionally or however tangentially, may impact on the commercial interests and aspirations of that state, then they tend not to do it,” he said.

But he added “at the very least there should be some meaningful consular access granted”.

Mr McGeehan also urged action on the part of the Australian government and people over the case.

“The only way to get tough is for people in Australia to be outraged about this, and to tell the Australian government ‘what the hell are you doing to make sure no charges are pressed and no retribution is taken?’. That’s how you get the Emiratis to sit up and take notice,” he said.