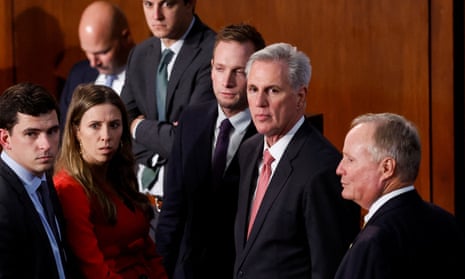 If they can’t elect their speaker how can the expect to govern?

There has been a karmic pleasure in watching the Republicans who won control of the House of Representatives struggle to complete the most basic piece of business – the election of a speaker – but it’s also been instructive, and not only to Americans. For it has confirmed the dirty little secret of that strain of rightwing populist politics that revels in what it calls disruption: it always ends in bitter factional fighting, chaos and paralysis.

Source: After Brexit and Trump, rightwing populists cling to power – but the truth is they can’t govern | Jonathan Freedland | The Guardian