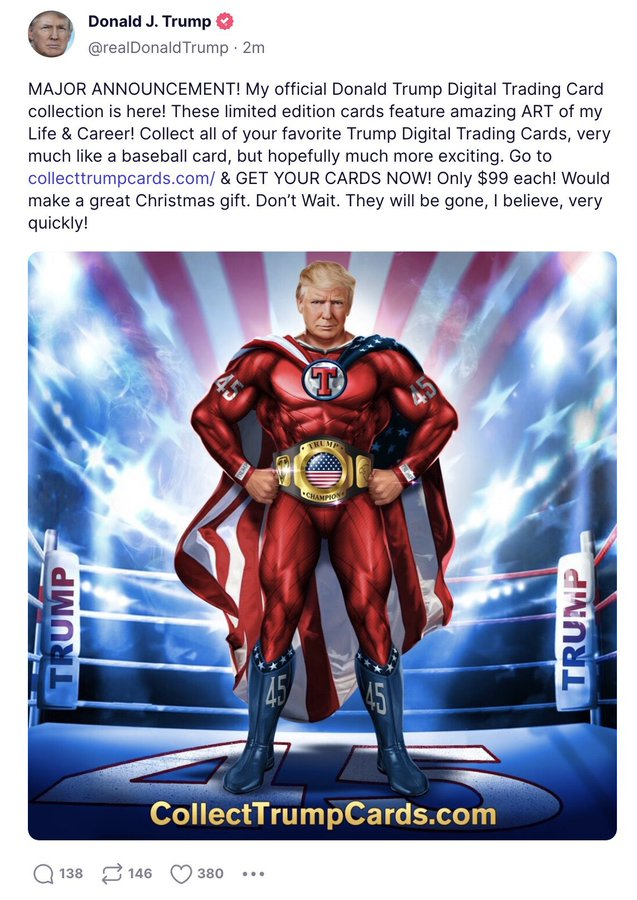 Cards cost ‘only $99 each’ and ‘would make a great Christmas gift’, says former president in ‘major announcement’ video

Trump’s need for funds has increased recently, amid unprecedented legal jeopardy over his business and political affairs.

He has also taken a battering in polls regarding the GOP nomination in 2024, slipping behind the Florida governor, Ron DeSantis, in surveys carried out by USA Today, CNN and the Wall Street Journal.

Ginger Gibson, senior Washington editor for NBC Digital, wrote: “Donald Trump’s ‘major announcement’ appears to be that he still thinks people will give him $99 when he asks.”