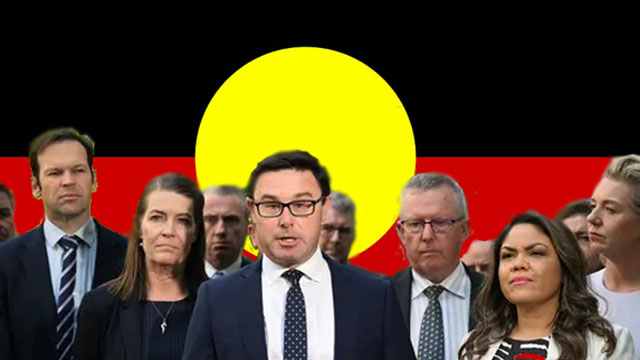 It is possible the National Party’s sudden announcement that it will oppose the Indigenous Voice is primarily about pathetic internal Coalition politics, as the ABC’s David Speers has reported.

But there is a deeper, darker reason the Nationals were always going to oppose the Voice: The inability of much of their country base to come to terms with their heritage, with their families’ pasts, with the source of their wealth.

The psychology of denial runs very deep. Odds are there are National Party Boomer elders whose grandparents were involved in “dispersal” – the euphemism for genocide in Queensland and throughout Northern Australia. If not grandparents, then certainly great-grandparents.

Those forebears had to inculcate values in their children that justified massacres, theft and dispossession. Who wants to be proud of what they’ve built when it has been built on murder?

Source: The Nationals’ guilt-edged reason to oppose the Voice