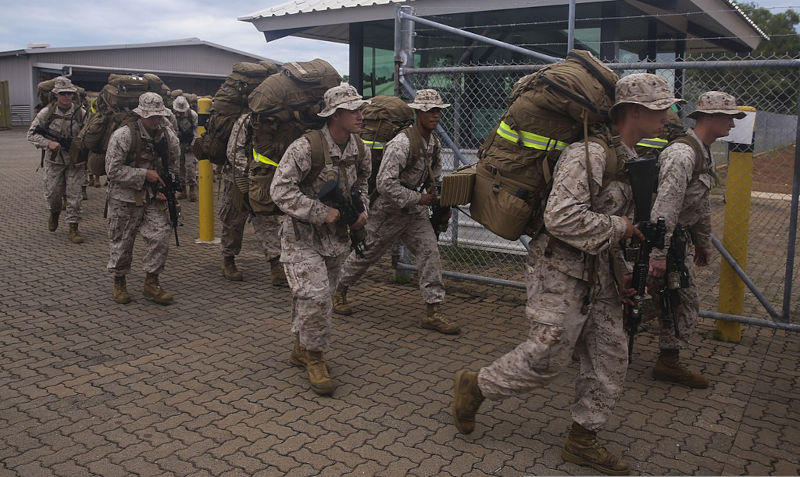 It certainly didn’t start with Julia Gillard. Australia sat back and watched the slaughter that took place in the 60s when Indonesia killed some 1 million members of the PKI and attempted genocide of Chinese Indonesians at one and the same time. Meanwhile we sat back and watched and prepared for Vietnam Second Greatest Crime of the Century: The Bloodbath

Michael Pascoe, a few days ago, in the New Daily, in an article titled ‘Worried about Australian sovereignty? Don’t bother, it’s gone.’ drew together what Paul Keating, I and others have been saying recently about Australia becoming a proxy even a patsy for the United States.

The signs are ominous on numerous fronts.

Kishore Mahbubani from Singapore has pointed out that Australia looks like a spear-carrier for the United States.

North Australia is becoming a US military colony. It started with Julia Gillard agreeing with Barack Obama for the stationing of marines in Darwin. It followed last year with the Morrison government at a US/Australia Ministerial meeting committing us to ‘high end war- fighting and combined military operations in the region’ with the United States.

Source: Paul Keating has warned us that ‘our strategic sovereignty is being outsourced to another country, the US’ – Pearls and Irritations