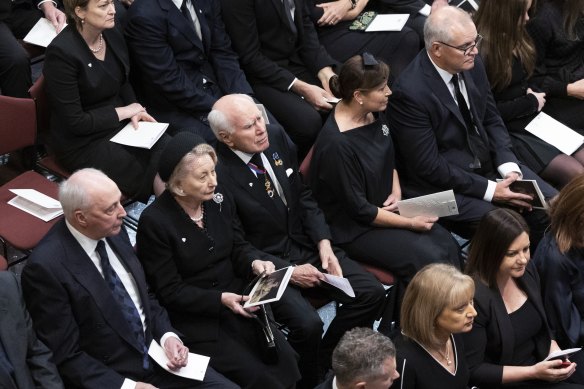 Most former prime ministers made it back to Canberra for the tribute. Scott Morrison, John Howard and Paul Keating were all there. There were apologies of absence from Kevin Rudd and Malcolm Turnbull who are in New York, and Julia Gillard in London.

So where was Australia’s arch monarchist Tony Abbott? The man who destroyed his whole prime ministership over an attempt to give Prince Philip a knighthood appeared to have skipped Thursday’s solemnities.