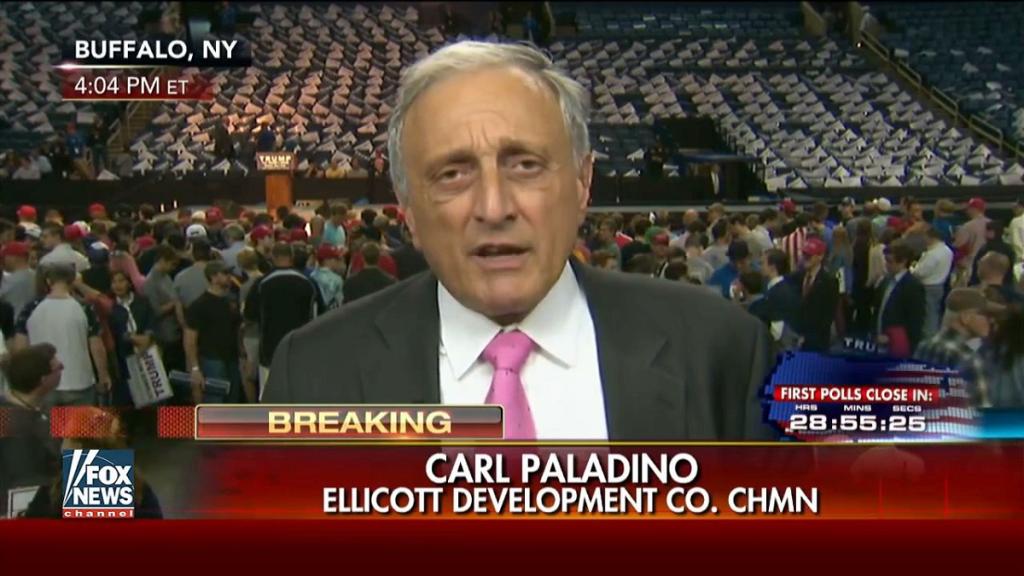 Carl Paladino apparently loves Trump rallies and finds them similar to another foreign leader in history. So do we, but not in a good way.

Paladino was asked by host Peter Hunt how to rile up the people for change.

“I was thinking the other day about somebody had mentioned on the radio Adolf Hitler and how he aroused the crowds. And he would get up there screaming these epithets and these people were just — they were hypnotized by him. That’s, I guess, I guess that’s the kind of leader we need today. We need somebody inspirational. We need somebody that is a doer, has been there and done it.”

It used to be verboten to even mention the Nazi leader when bashing a political rival in Congress, but Paladino is using Hitler as his inspiration.

With the rise of white supremacy throughout the Republican party and Fox News because of Trump, his comparison will be celebrated.

Source: Republican Congressional Candidate: We Need A Leader Like Hitler | Crooks and Liars