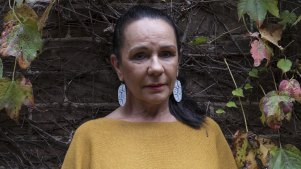 Dutton’s response still seems more a case of “victim-blaming” which has gone on for over 230 years. His claim might get onside if they clean up their act is simply that. In what world does The Age editorial see that as change? The Age clearly stands with the same colonist attitude that has always blamed indigenous Australians for their own historical demise and it not being in any way the effect or result of the racist colonial system forcefully implanted on them for over two centuries.

Dutton needs to be more Burney, Dodgson, and all of us Australians more Indigenous. That’s why a voice to parliament is a necessity and not just a promised gift or slight adjustment to our current system.

Opposition Leader Peter Dutton has indicated he may be open to supporting a referendum on a First Nations Voice to parliament, but he wants “the symbolic … to be accompanied by practical responses”. He wants a Voice to “reduce the incidence of child abuse within those communities” and to improve education, employment and “many other indicators”.