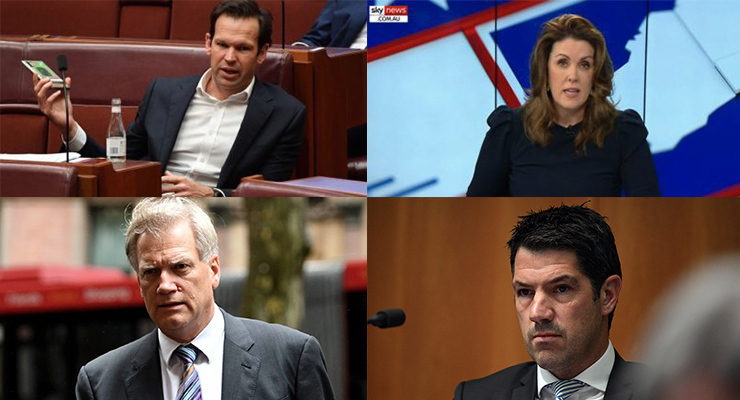 This Australian version of the Big Lie is the first stage of a war for the future of the federal Liberal Party, with the far-right unable to resist the opportunity to exploit the removal of so many more moderate MPs to drive the federal party away from climate action and towards culture wars, division and attacks on women and minorities.

At the centre of it will be the foreign political party News Corp. Despite its irrelevance to mainstream Australia being demonstrated by the election result, the Murdochs will continue to wield significant influence within a purged Coalition, and the company will seize on its status as an opposition party. From yesterday, the Murdoch campaign of regime change in Australia began — it’s just that the campaign extends to the Coalition as well as a Labor government.

This shouldn’t be treated as some sort of sideshow. When Tony Abbott defeated Malcolm Turnbull in 2009 by one vote, with the backing of News Corp, he set the stage for 13 years of climate wars and polarised, toxic politics. He was aided by Kevin Rudd’s failure to seize the moment and go to an election that would have smashed the Coalition. One mistake is all it takes and the course of political history can be very different.

The Big Lie, Australian style, is just the start.