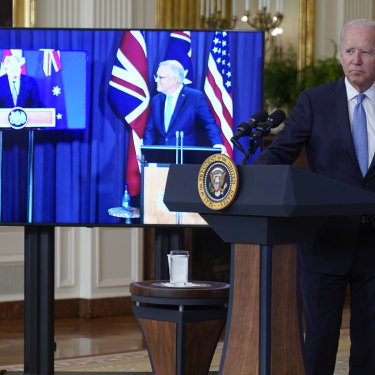 Australia’s reputation was diplomatically trashed by Morrison’s sting. He lied to both the French,and the Americans by not doing what he had promised while backstabbing Albanese. All in all, he singlehandedly compromised the integrity and reputation of our ADF. All of his duplicitous actions risked our National Security for what? His own personal interest, his entrenchment, and praise. Now he’s even losing that National Security political debate he held to be so precious because he’s the one still lying about what he actually did. The term National Security has actually dissolved to become Morrison Security.

Scott Morrison’s efforts by stealth to secure the AUKUS deal had global ramifications, with the French president enraged and the US president blindsided.